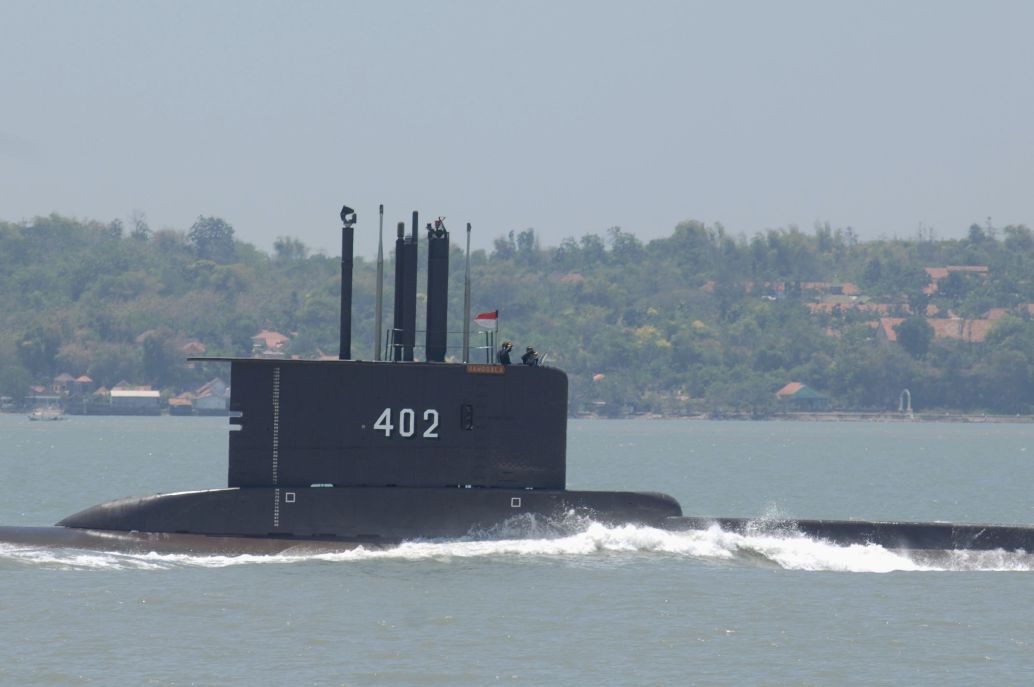 KRI Nanggala seen here during a sail pass off Surabaya in 2014. The boat was reported as missing on 21 April. (Alex Widojo/Anadolu Agency/Getty Images)

An international effort to locate and rescue the crew of a missing Indonesian Navy (Tentara Nasional Indonesia – Angkatan Laut: TNI-AL) diesel-electric submarine (SSK) is being hampered by a malfunction in the boat’s communication system.

The SSK, KRI Nanggala (402), had been reported as missing and was deemed to be in distress after missing a scheduled reporting call with the TNI-AL at about 03:00 h (local time) on 21 April while it was preparing for a training operation in the Bali Sea.

Janes had confirmed with two sources within the service that Nanggala’s multifrequency underwater telephone (UWT) system was defective throughout this operation, and that the boat has been relying on naval frequencies in the VHF and UHF bands for its communications needs while surfaced.

“The lack of this UWT is preventing the boat from communicating with assets on the surface, and this is hampering our attempt to assess if an early intervention can be done to assist the distressed crew prior to a rescue attempt”, said one of the sources who spoke on the condition of anonymity. He also requested that further details of these systems be omitted so as not to compromise the confidentiality of equipment onboard Nanggala’s sister boat, KRI Cakra (401).

Interventions that are being considered by the TNI-AL include the insertion of aluminium-hulled emergency life support pods into the vessel. The pods, which would be delivered via a remotely operated vehicle (ROV) from survey ship KRI Rigel

An international effort to locate and rescue the crew of a missing Indonesian Navy (Tentara Nasional...