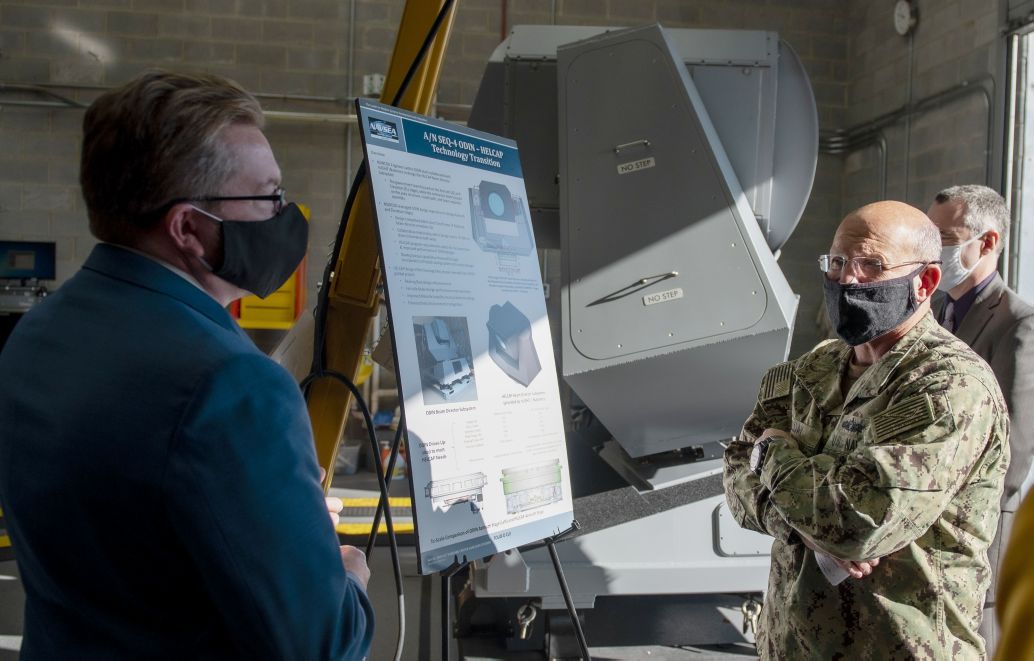 Chief of Naval Operations Admiral Michael Gilday was briefed on the ODIN – HELCAP technology transition during a 17 November visit to the Naval Surface Warfare Center Dahlgren Division. An ODIN system is visible in the background. (US Navy)

HELCAP is intended to evaluate, develop, experiment and demonstrate various laser technologies for a system that would offer a capability to effect ‘hard-kill’ defeat of ASCMs engaged on crossing trajectories. While the USN has previously demonstrated the efficacy of high-energy lasers to defeat unmanned air systems (UASs) and small boat threats, achieving a hard kill against an ASCM will demand a more powerful weapon with greater range.

The HELCAP initiative is intended to deliver a flexible prototype system for government experimentation and demonstration. Key elements of the system include the beam control testbed, a 300 kW+ laser source, a prototype control system, and auxiliary prime power and cooling.