The number of civilian casualties in Afghanistan has reached record-high levels, with the United Nations recording from 1 July to 30 September 2019 the highest number of dead and wounded civilians in a single quarter since it began systematic documentation of such incidents in 2009. 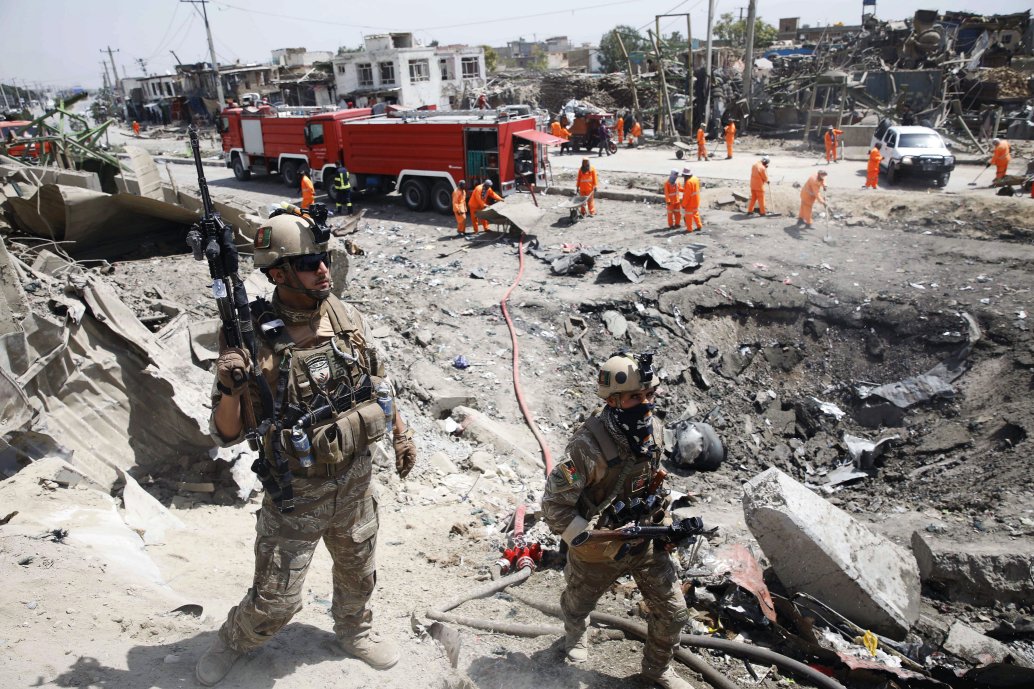 Afghan security forces near the crater left behind by a car bomb at the Green Village in Kabul on 3 September 2019. (STR/AFP/Getty Images )

In its latest quarterly report, which was published on 17 October, the UN Assistance Mission in Afghanistan (UNAMA) said that it documented 4,313 civilian casualties (1,174 deaths and 3,139 injured) during those three months – a 42% increase compared to the same time period in 2018 – with July seeing the highest number of civilian casualties ever recorded by the UN mission in a single month: 1,589 (425 deaths and 1,164 injured).

The UN pointed out that violence in the Central Asian country soared during the third quarter of 2019, particularly as peace talks between the United States and the Taliban were progressing in Doha throughout July and August. It added that the spike was mainly due to a “significant increase” in suicide and non-suicide attacks by anti-government elements – primarily the Taliban – using improvised explosive devices (IEDs).

The number of civilian casualties in Afghanistan has reached record-high levels, with the United Nat...

US President Donald Trump has confirmed that he plans to further reduce the number of US troops in A...