Two of China’s biggest defence industrial enterprises – the China Shipbuilding Corporation (CSC) and the China Aerospace Science and Industry Corporation (CASIC) – have agreed to expand collaboration on military programmes, the groups have announced.

A statement on 2 December said that the ‘strategic co-operation agreement’, which was signed on the previous day in Beijing, will pave the way for closer defence industrial and technology ties between the two state-owned enterprises that between them employ 500,000 people. 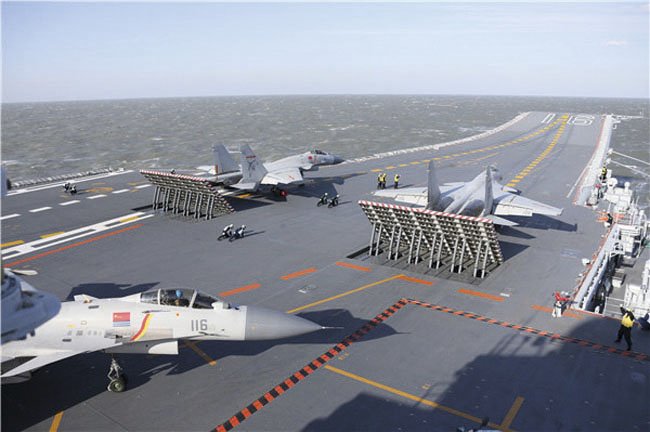 Although not confirmed in the statement, it is expected that this collaboration will be focused on C4ISR and missile technologies for naval applications. CSC leads all of China’s major shipbuilding programmes, while CASIC’s focus is on capabilities including advanced weaponry, aerospace technologies, unmanned systems, and military space systems.

According to the statement, the CSC-CASIC partnership will feature “expanding co-operation in new fields of technology and the promotion of improvements in quality and efficiencies”, with the latter a reference to the two corporations’ existing ties.

It added that under the new agreement, CSC and CASIC will “carry out mutually beneficial co-operation in the fields of aerospace-defence, technological innovation, information-technology application, industrial internet technologies, and supporting equipment”. The statement also said that the two corporations would expand collaboration on pursuing defence exports.

The statement said, “The two sides will take this opportunity to … work together to create a world-class military, maritime power, aerospace power, and manufacturing power.” These are direct references to the Chinese government’s stated intentions to support the development of a world-leading military and a world-leading defence industrial base over the coming decades.