Chinese company Zhongtian Feilong announced on 1 April that it successfully carried out a “technical verification” flight of a newly developed unmanned aerial vehicle (UAV) that is capable of deploying a number of smaller UAVs for use in different roles, including on reconnaissance and attack missions.

Referred to by the company as an “unmanned airborne swarm system”, the vertical take-off and landing (VTOL) UAV, which took to the skies on 20 March from an unspecified airport in China, is a twin-boom design employing a pusher propeller for forward flight and four rotors to enable VTOLs. 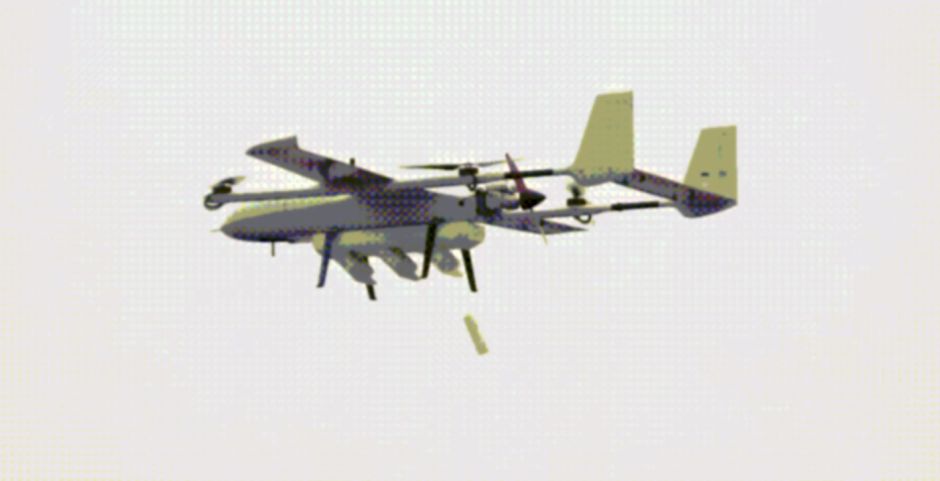 A screenshot from a video released by Zhongtian Feilong on 1 April showing the firm’s newly developed ‘unmanned airborne swarm system’ releasing a smaller UAV while in flight. (Zhongtian Feilong)

The platform is fitted with a belly-mounted dispenser that turns it into a carrier of smaller unmanned airborne systems. As a result, this ‘mothership’ could, for instance, simultaneously deploy a loitering munition, a mini UAV with an electronic warfare (EW) payload, and another with advanced intelligence, surveillance, and reconnaissance (ISR) capabilities, according to the company. It is unclear how many of these smaller systems the platform can carry but a company video of a launch demonstration appears to show four.

The ‘mothership’ enables smaller systems to be carried to a designated location before opening the cargo bay/dispenser for deployment. The company did not state whether airborne recovery of the mini UAVs is possible but this is unlikely to be the case judging by the size of the ‘mothership’.

Chinese company Zhongtian Feilong announced on 1 April that it successfully carried out a “technical...