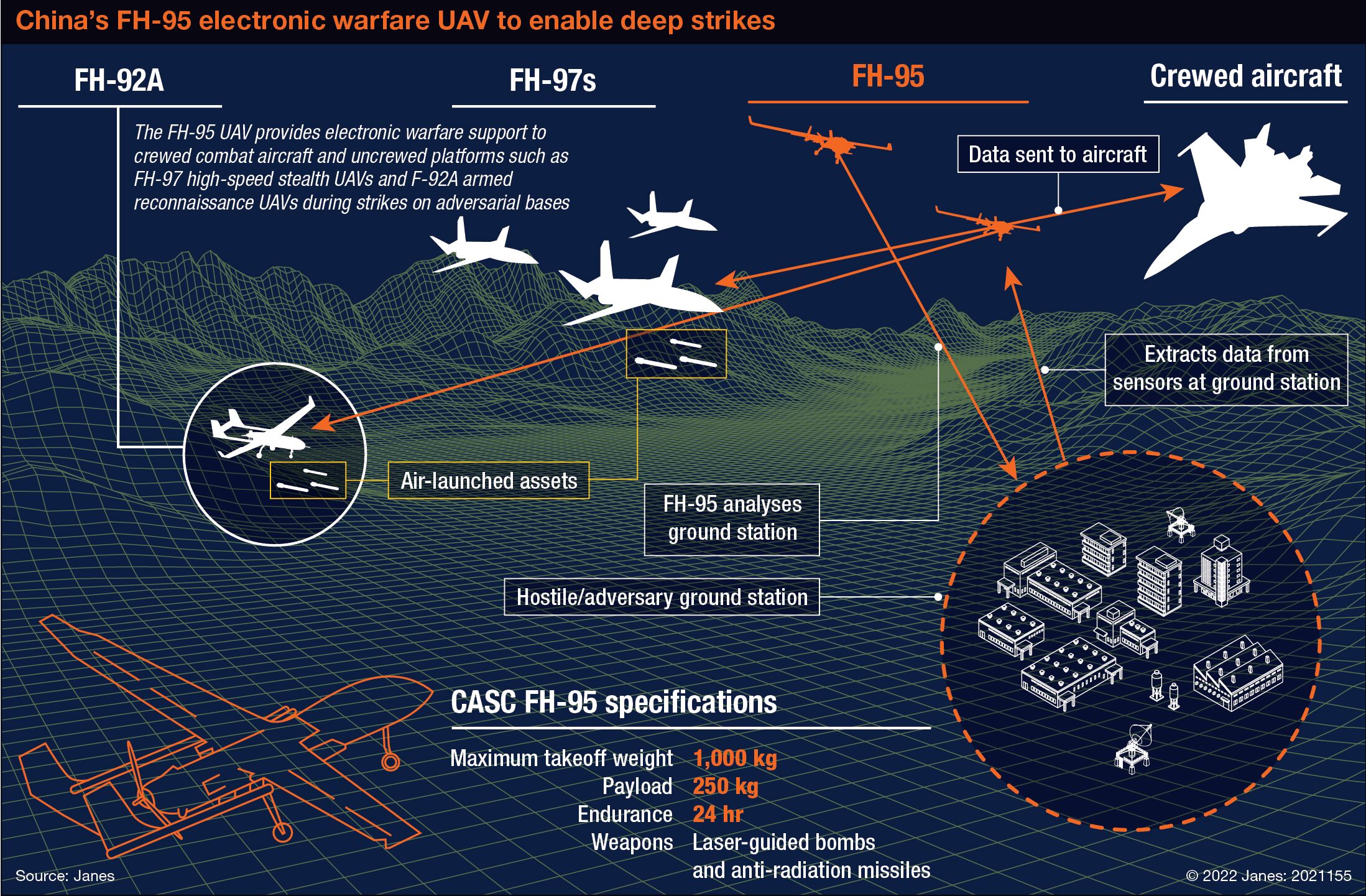 China's new electronic warfare FH-95 UAV is being developed to analyse and collect sensor data from adversarial ground stations to help Chinese crewed and uncrewed combat aircraft conduct deep strikes. The UAV designs depicted in this graphic are based on official mock-ups or images of the aircraft released by CASC. (Janes)

Developed by the Aerospace Times Feihong Technology Company (ATFTC), the FH-95 is said to have passed a milestone test that examined the aircraft's performance, according to a 26 July report by the state-owned newspaper, Global Times . ATFTC is a subsidiary of the state-owned China Aerospace Science and Technology Corporation (CASC).

Images of the UAV released to Russian media on 25 July show two prototypes of the FH-95 in flight-testing. One had a serial number indicating user-evaluation trials. Images show a second UAV with four weapon hardpoints. This UAV appeared to be equipped with one 44 kg FT-8C laser-guided missile.

The FH-95 is very likely to have the ability to launch anti-radiation missiles. Previous images of the FH-95 in flight trials also show the UAV carrying Global Positioning System (GPS)-guided munitions.

According to information made public by CASC, the maximum take-off weight of the FH-95 approaches 1,000 kg. The UAV is said to have a payload weight of about 250 kg. The maximum service ceiling is 42,000 ft. CASC has previously said that the FH-95 will have a flight endurance time of 24 hours.

This is to “allow the operator to conduct complex combat missions including comprehensive reconnaissance in highly contested battlefield environments, as well as electronic warfare and pinpoint elimination”, the

China is testing the performance of its new Feihong 95 (Flying Swan or FH-95) electronic warfare (EW...