According to the data, China's international military sales in 2020 were equal to USD2.65 billion, a 4% decline on the figure in 2019. 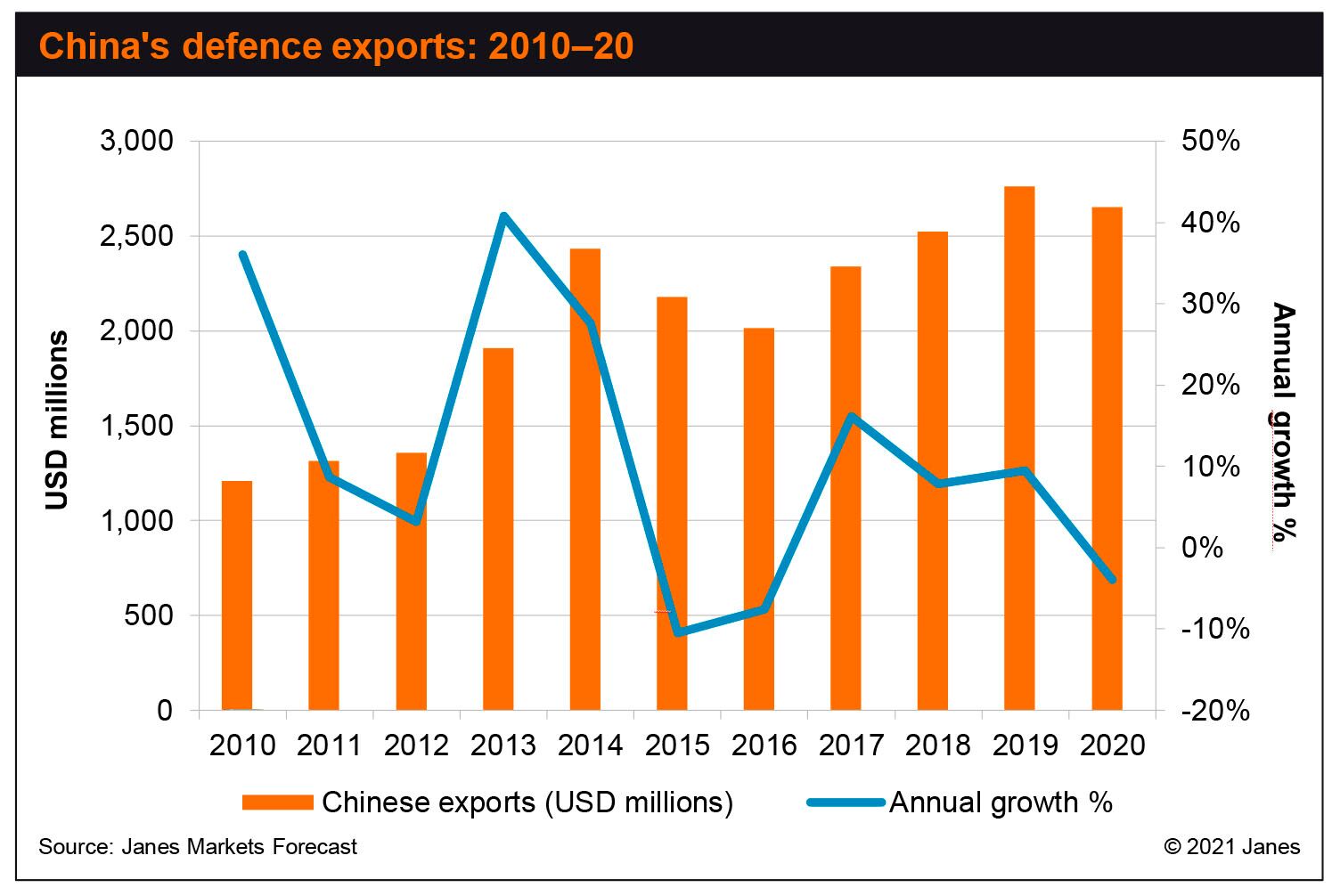 According to Janes data, China's defence exports climbed gradually over the past decade. However, Beijing faces several challenges in maintaining growth over the coming few years. (Janes Markets Forecast)

The decrease can almost certainly be attributed to the Covid-19 pandemic and resulting challenges related to marketing, production, supply chains, and logistics.

Looking further back, larger increases were evident. According to Janes data, China's exports in 2012 were valued at USD1.35 billion and then grew by 80% to USD2.43 billion in 2014 before two years of declines and a subsequent resumption of growth.

Janes data suggests China's exports will tail off in the early 2020s without new orders.

In terms of capability segments, the data suggests that the most valuable capability segments for China in the past five years have been naval ships (with a combined value of USD4.45 billion), military ground vehicles (USD3 billion), radars (USD1.50 billion), and missiles (USD950 million).

Naval ships and radars have been the quickest-growing segments, with expansion in both recorded in the past five years at about 140%. The value of unmanned aerial vehicles and sonars has more than doubled since 2016, although from a low base.