Thanks to an accelerated development of its Jin-class nuclear ballistic missile submarine (SSBN) fleet, China is closer to creating a nuclear triad force than had been previously believed, according to the Pentagon and defence analysts.

“We’re certainly tracking what they’re doing with ballistic-carrying missile [submarines],” Assistant Secretary of Defense for Indo-Pacific Security Affairs Randall Schriver said on 3 May during a Pentagon briefing on the Defense Department’s 2 May release of its annual report of Chinese military capabilities.

While Shriver said he would stop short at saying China had started to develop a triad, he added, “It looks like they’re headed in that direction – toward having a capable delivery system in three domains, to have a triad.”

However, he noted, a true triad requires more than platforms; it also needs the proper training, doctrine, and other process, such as command and control (C2).

And China is developing those as well, according to Bryan Clark, senior fellow, China expert and defence analyst for the Washington think tank Center for Strategic and Budgetary Assessment.

“They’re moving closer to having a triad of sorts. They have land-based ballistic missiles, with nuclear warheads. They’ll [have] H-6s [aircraft] and follow-on bombers. And they’ll have Jin classes patrolling the South China Sea, with a robust ASW [anti-submarine warfare] capability to protect them.”

He added, “The Chinese are clearly building up Sanya and Hainan Island to be the SSBN base. They intend the South China Sea to be the bastion from which they launch their SSBNs, to be their deployment area.” 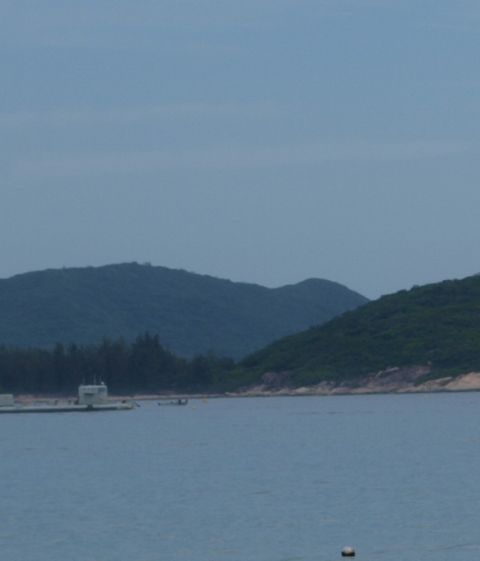 US defence analysts say China is building its Hainan Island naval base in Sanya into a ballistic-missile submarine operational hub. (Michael Fabey)