China now has the largest navy in the world, an expansion driven by Beijing’s aspirations to “return” the country to a position of strength and leadership on the world stage, the US Department of Defense (DoD) said in its 2020 report on military and security developments involving China. 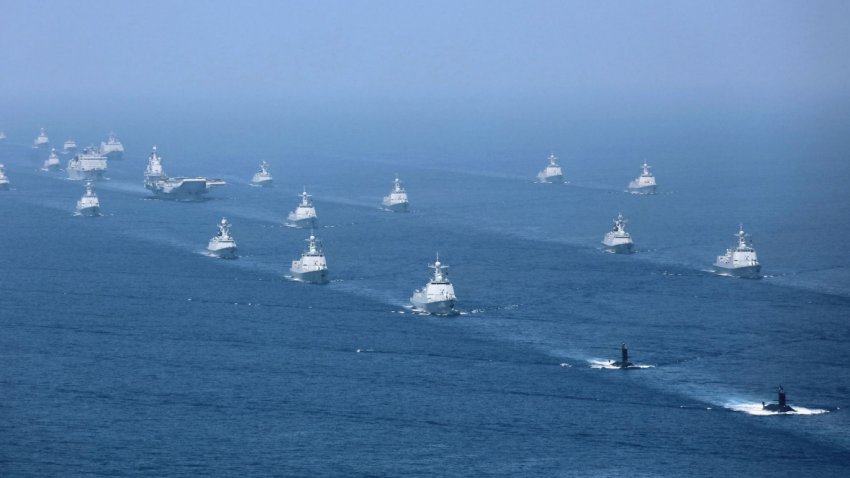 Some of almost 50 ships assembled for a PLAN fleet review held in April 2018. The Pentagon said in a 1 September report that the PLAN is now the world’s largest navy. (Via Xinhua News Agency)

Although the cut-off date for the Pentagon assessment was the end of 2019 and developments have continued apace through 2020, the 200 page-long report provides an authoritative source of timescales and numbers for a number of significant capabilities.

The report notes progress in the construction of the PLAN’s third carrier, which in comparison with the two already in service “will be larger and fitted with a catapult launch system”. It assesses that the third carrier will enter service in 2023 and be operational by 2024 and also reports that development continues on the fifth-generation FC-31/J-31 multi-role fighter aircraft “for export or as a future naval fighter for the PLAN's next class of aircraft carriers”, largely confirming persistent rumours.