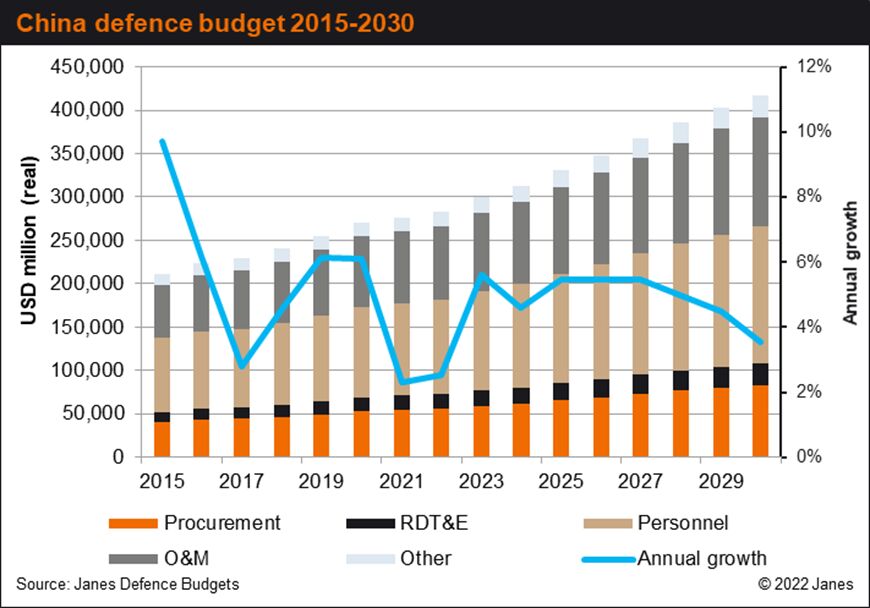 The expenditure – announced on 5 March at the opening session of the annual National People's Congress (NPC) – represents the seventh consecutive year of single-digit growth.

China's state-run Xinhua News Agency said the increased defence expenditure will help “provide the forces with better training and more advanced equipment. It [will] also support the military in tackling non-conventional security threats such as major epidemics and natural disasters”.

A ‘work report' issued at the NPC by Premier Li Keqiang said the increase is aligned with China's military goals. These include the target to achieve “military development” by 2027, the 100th anniversary of the founding of the People's Liberation Army (PLA), and “military modernisation” by 2035.

The work report also outlines a requirement for China to accelerate improvements in logistics capability, military training and combat readiness, and defence science and technology. The report also called for deeper reforms to enhance military professionalism, asset management, and recruitment.

The defence budget was announced against a background of increased tensions between China and Taiwan, the island neighbour Beijing regards as a province.