The first public display of China’s new DF-17 medium range ballistic missile (MRBM) system was on 1 October 2019 during the 70th anniversary parade to mark the founding of the People’s Republic of China. The DF-17, which features a hypersonic glide vehicle (HGV), was part of the parade among several new weapons, including new missiles such as the DF-41 intercontinental ballistic missile (ICBM).

The Hong Kong-based newspaper the South China Morning Post reported on 16 November that “observers were surprised to see sixteen DF-17s on their launchers”. The public display of the DF-17 generated speculation about its performance and operational capability, and this analysis will present an update on the DF-17, its capabilities, applications, and possible future development.

The DF-17 was first identified in open sources in 2014 and was originally referred to as the DF-ZF. Around this time, test flights and other associated support work were carried out as part of the wider Chinese hypersonic programme (as reported in ‘Chinese hypersonic programme reflects regional priorities’, online in Janes Intelligence Review on 12 March 2019 and in print Vol 31, No 4). 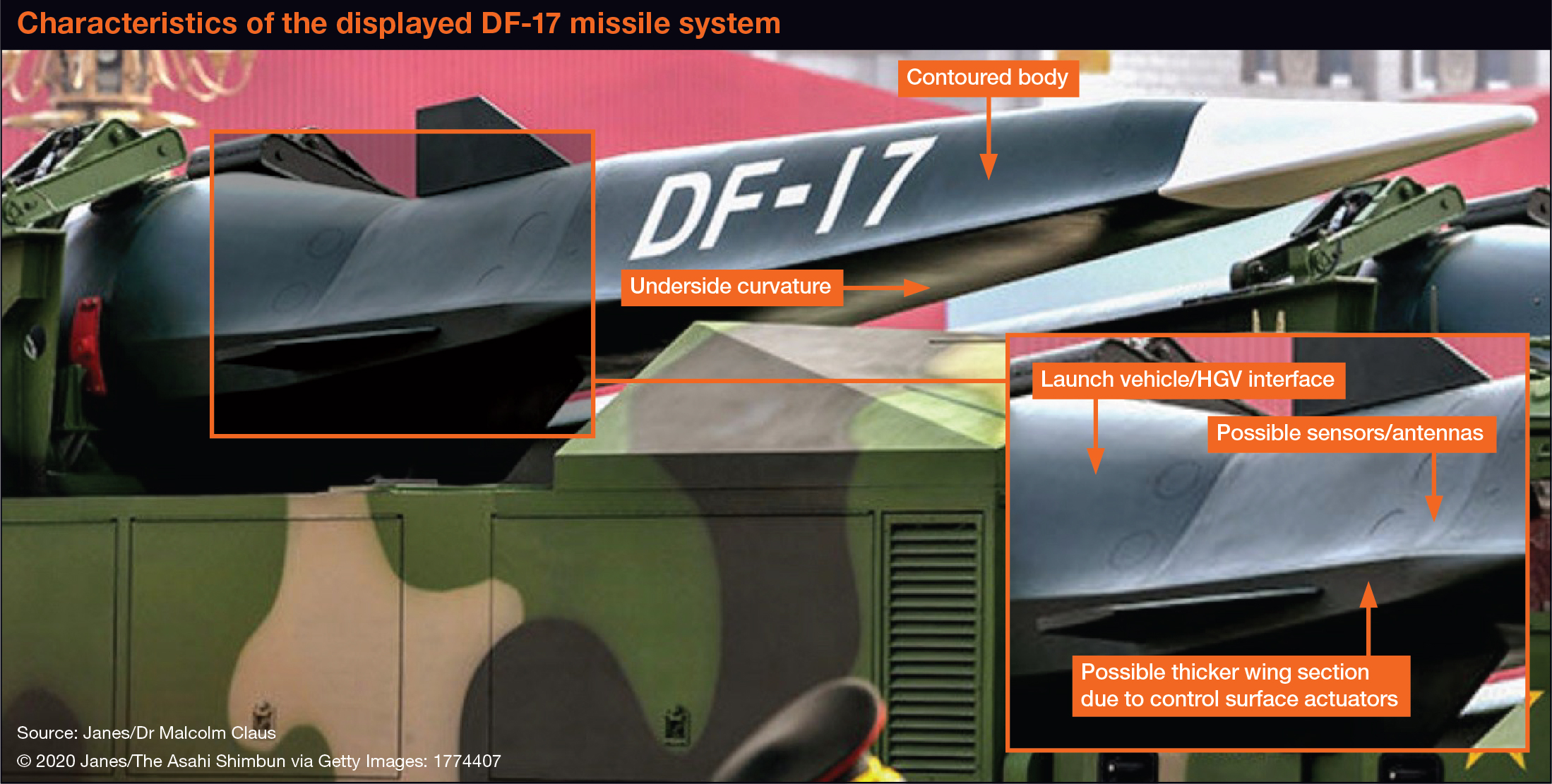