US Central Command (CENTCOM) has indicated that Iran has an anti-ship version of the long-range delta-wing unmanned aerial vehicle (UAV) that has previously been used to attack Saudi oil facilities. 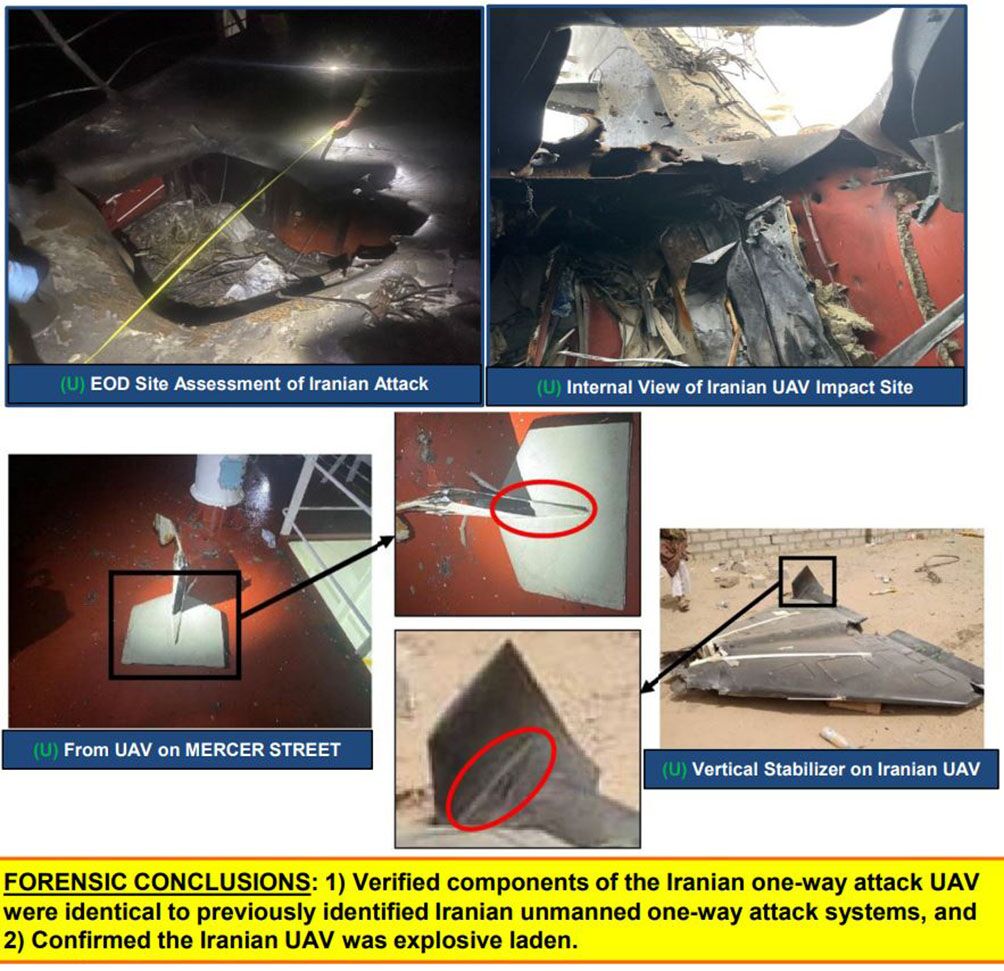 A CENTCOM slide shows the damage inflicted on the tanker Mercer Street during the 30 July attack and compares the wreckage of the UAV to one recovered in Yemen in September 2020. (US Central Command)

CENTCOM released a statement on 6 August identifying the UAV that was used to attack the tanker Mercer Street off the coast of Oman on 30 July as the same type that was used against Saudi Arabia in 2019 and has been supplied by Iran to the Houthi rebels in Yemen.

This conclusion was reached by an investigative team from the aircraft carrier USS Ronald Reagan that boarded Mercer Street after the attack. CENTCOM said there were two unsuccessful UAV attacks on the tanker on 29 July, with a third on the following day hitting the vessel, blowing a large hole in the roof of its pilot house and killing its Romanian master and British security officer.

“Explosives experts were able to recover several pieces of this third UAV, including a vertical stabiliser (part of the wing) and internal components which were nearly identical to previously-collected examples from Iranian one-way attack UAVs,” CENTCOM said. “The distance from the Iranian coast to the locations of the attacks was within the range of documented Iranian one-way attack UAVs.”

It released slides showing wreckage it said matched the vertical stabiliser that extends both up and down from the end of the wings of a type of UAV first seen in the background of a photograph from an exhibition put on by Iran's Islamic Revolution Guards Corps (IRGC) in May 2014.

US Central Command (CENTCOM) has indicated that Iran has an anti-ship version of the long-range delt...