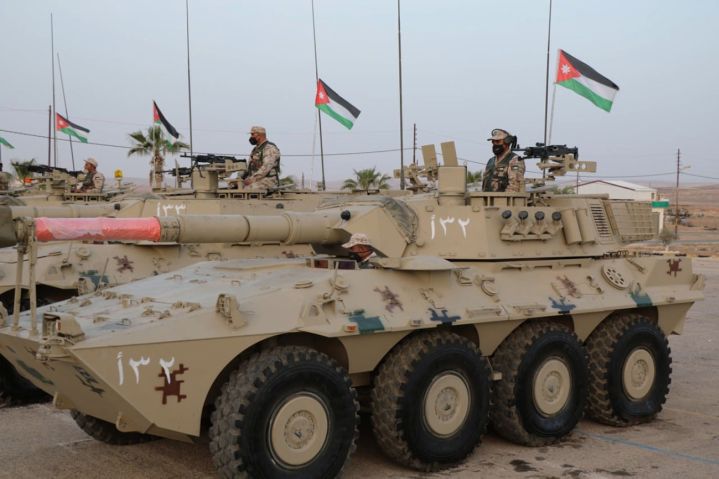 The JAF said its commander, Major General Yousef al-Huneiti, had visited the 3rd Royal Tank Battalion, which is part of the 60th Prince Hassan bin Talal Armoured Brigade that is based in the central military region, to see it training on the newly received Centauros.

The JAF released photographs showing at least 12 Centauros lined up at a base. It said the acquisition from Italy was part of a wider plan to upgrade all its weapons and equipment.

The Spanish company Star Defence Logistics and Engineering (SDLE) announced in 2018 that it had won a contract to repair and upgrade 80 first-generation Centauros for Jordan. The first-generation vehicles do not have room for dismounts in the back.

A year later, SDLE said the first 10 had been repaired and it would fit these with third-generation thermal cameras. It also said it was running a course for Jordanian maintenance personnel that would be completed before the end of 2019.