The state-owned China Aerospace Science and Industry Corporation (CASIC) – one of the country’s most important defence enterprises – announced on 5 November that it has delivered the first examples of a recently developed exoskeleton system to an undisclosed domestic customer.

CASIC, which made the announcement via its Weibo social media account, said the unpowered lightweight system, the designation of which was not disclosed, will be regarded as part of the “core equipment of the future battlefield”, while noting that the new exoskeleton will also have potential civilian applications.

The announcement provided no further details about the exoskeleton or how many examples were delivered as part of the first batch, saying only that this first order was secured under a competitive procurement process. 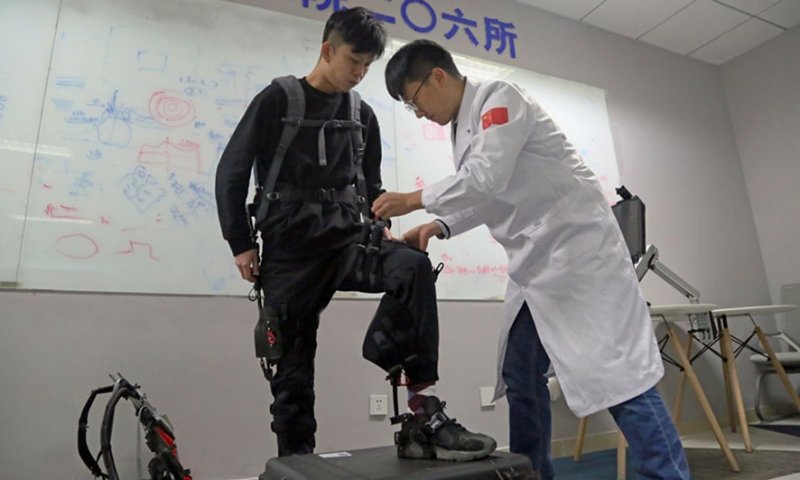 That said, the state-owned Global Times newspaper reported that the new system is mainly meant for use in high-altitude regions where it can help users save energy when conducting patrols or carrying out logistics support tasks in low-oxygen areas.

The paper quoted Zhang Lijian, head of the CASIC research centre in charge of developing the system, as saying that in the harsh environment of high-altitude regions, newer means of logistical support such as unmanned aerial or ground vehicles may face difficulties reaching their intended destination due to strong winds or challenging terrains, which is why traditional manual work is still required.

The state-owned China Aerospace Science and Industry Corporation (CASIC) – one of the country’s most...

Amid ongoing border tensions between China and India the Tibet Military District of the People’s Lib...