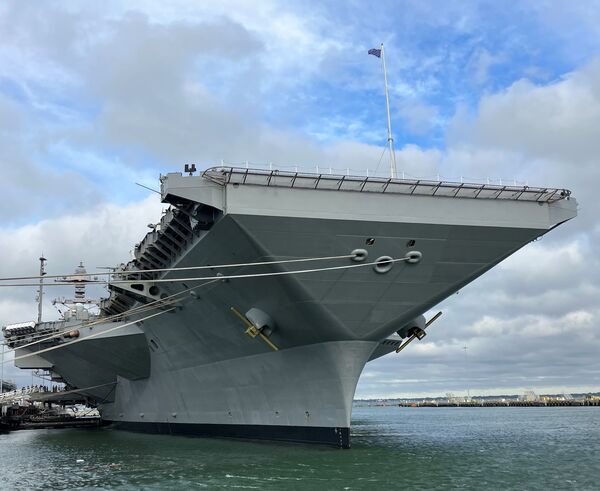 The type of deployment is determined in a large part by command-and-control, USN officials said. The deployed force reports to the geographic combatant commander for Global Force Management deployments. For service-retained deployments, Admiral Michael Gilday, the chief of naval operations, maintains operational authority.

Captain Paul Lanzilotta, Ford commanding officer, said on 29 September during a pierside press conference in Norfolk, Virginia, in front of Ford , “We're going to use the entire Atlantic as our playpen.”

Vice Adm Dwyer said, “The deployment of USS Gerald R Ford's carrier strike group is the natural progression of our renewed commitment to the Atlantic.”