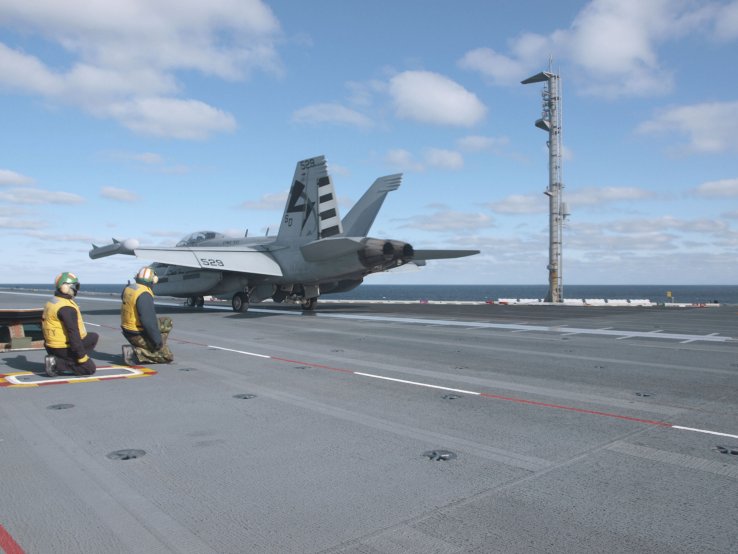 The ACT is the second and final round of testing on Ford at this stage, which validated the ship’s capability to launch and to recover aircraft with ordnance loadout and fuel states similar to those needed for deployment requirements and operating tempos.

By completing T-45 testing, USN officials noted, Ford will be able to provide carrier qualification support to the Training Command and to student naval aviators in the pipeline for jets, E-2s, and C-2s.

Ford now has 958 total traps to date and will likely surpass 1,000 launches and arrestments during the upcoming Flight Deck Certification (FDC) phase, currently scheduled for March, USN officials said, when the ship’s crew and Carrier Air Wing (CVW) Eight will take over all aspects of flight operations.

Another three Advanced Weapons Elevators (AWEs) are working and being rigorously tested aboard aircr...

The US Navy (USN) launched an F/A-18F Super Hornet off the flight deck of the aircraft carrier USS G...