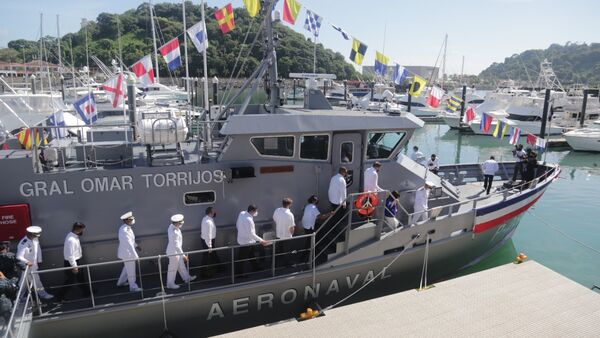 The defence forces of the Bahamas, Panama, and Trinidad and Tobago have recently received new foreign naval platforms to improve patrols and interdiction capabilities across their territorial waters.

Panama received the Near Coastal Patrol Vessel (NCPV) General Omar Torrijos (P-230) on 2 December from the US. The boat was manufactured by the Louisiana-based shipyard Metal Shark and measures 25 m in length. It will be utilised by Panama's National Naval-Air Service (Servicio Nacional Aeronaval: SENAN). Similar NCPVs were donated to El Salvador in July 2021, and the Dominican Republic in August 2020.

Another country that has received donations from the US is the Bahamas. On 30 November, the Royal Bahamas Defence Force (RBDF) received a 9 m Contender vessel donated by US Northern Command (NORTHCOM). The boat is valued at approximately USD200,000. This is the second donation of vessels to the RBDF this year – in June NORTHCOM transferred three high-speed SAFE boats – two 13 m boats and one 10 m vessel – as well as radio communications biometrics equipment to the Bahamas force. The package is valued at about USD5.9 million, according to the US embassy in the Bahamas.

On 28 November, the Trinidad and Tobago Coast Guard (TTCG) commissioned patrol vessels TTS Port of Spain (CG-41) and TTS Scarborough (CG-42) at the service's headquarters in Staubles Bay, Chaguaramas. The two Cape-class units have a maximum speed of more than 25 kt and are equipped with two 7.3 m rigid hull inflatable boats.

The defence forces of the Bahamas, Panama, and Trinidad and Tobago have recently received new foreig...