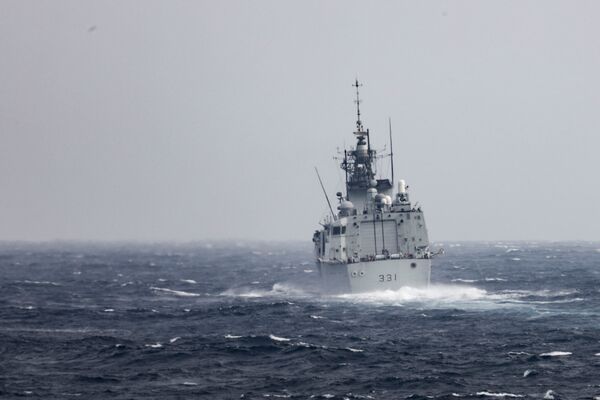 A Royal Canadian Navy (RCN) Halifax-class frigate has conducted a joint transit through the Taiwan Strait with a US Navy (USN) Arleigh Burke-class destroyer.

The transit was conducted on 20 September “through waters where high seas freedoms of navigation and overflight apply in accordance with international law”, according to a statement issued by the US Seventh Fleet public affairs office on the same day.

“The ships transited through a corridor in the strait that is beyond the territorial sea of any coastal state. Higgins' and Vancouver's transit through the Taiwan Strait demonstrates the commitment of the United States and our allies and partners to a free and open Indo-Pacific.”

“Co-operation like this represents the centrepiece of our approach to a secure and prosperous region,” the service added.

The Canadian Armed Forces further disclosed on 21 September that Vancouver was in transit to the East China Sea for Operation ‘NEON' – Ottawa's contribution towards the multinational effort to monitor and deter North Korean maritime sanctions evasion activities.

A CH-148 Cyclone helicopter is embarked on the frigate to enhance its monitoring capabilities, the service said in a statement released via an official social media channel. “This sail was done in full accordance with international law, including high seas navigation rights as outlined in the UN Convention on the Law of the Sea (UNCLOS),” it added.

A Royal Canadian Navy (RCN) Halifax-class frigate has conducted a joint transit through the Taiwan S...