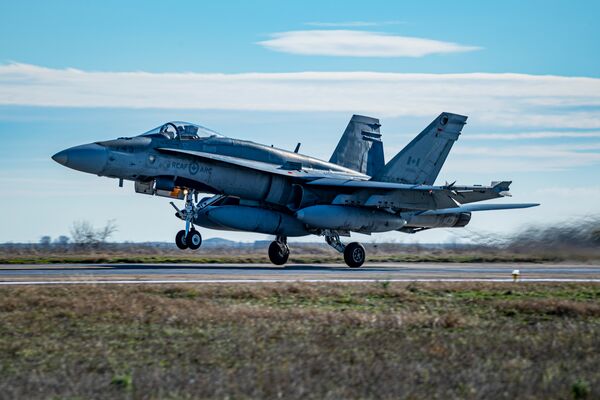 Public Services and Procurement Canada (PSPC) said on 1 December that proposals were rigorously assessed on elements of capability, cost, and economic benefits. The evaluation also included an assessment of economic impact. A PSPC spokesman declined to say why it eliminated the Block III Super Hornet, other than that all proposals were subject to the same evaluation criteria with oversight by an independent fairness monitor.

Over the coming weeks, Canada will finalise the next steps in the process. Based on further analysis of the two remaining bids, this could involve proceeding to final negotiations with the top-ranked bidder or entering into a competitive dialogue. Here, the two remaining bidders would be provided an opportunity to improve their proposals.

Canada continues to work toward a contract award in 2022, with delivery of aircraft as early as 2025. Canada is acquiring 88 fighters for the Royal Canadian Air Force (RCAF) to replace its F/A-18 (CF-18/CF-188 in national service) classic Hornets.

Boeing spokesperson Deborah VanNierop said on 2 December that the company is disappointed and deeply concerned about Canada eliminating the Block III Super Hornet from the FFCP competition. The aircraft, she said, offers demonstrated capability and interoperability with the Pentagon and its allies while bringing unmatched capability and life-cycle value to the RCAF.