Canada’s Department of National Defence (DND) issued a request for proposal (RFP) for its Cellular Airborne Sensor for Search and Rescue (CASSAR) programme on 8 January.

Canada seeks a mobile phone detection system for its Royal Canadian Air Force (RCAF) search-and-rescue (SAR) rotary- and fixed-wing platforms. The system will allow it to locate and communicate with operational mobile phones on persons in distress during missions. The device is intended for use on the Lockheed Martin CC-130H Hercules fixed-wing transport aircraft, Airbus Defence and Space C295W (CC-295 in Canadian service) Kingfisher fixed-wing platform, and the Leonardo AW101 (CH-149 Cormorant in national service) medium multirole helicopter, the DND said in a 14 January amendment. 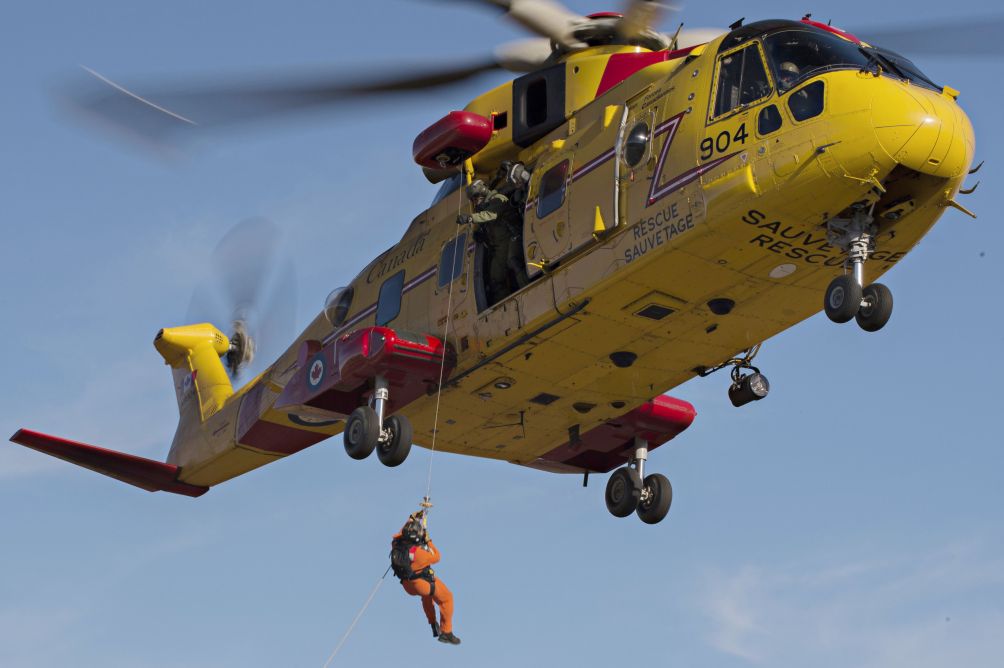 The Leonardo AW101 (CH-149 Cormorant in national service) medium multirole rotorcraft is one aircraft that will use Canada’s CASSAR capability. (RCAF)

The DND has a requirement to procure between five and eight operational CASSAR systems, which must be commercial off-the-shelf (COTS).

The CASSAR system must be capable of detecting and locating a fully functional mobile phone when the device is not in contact with a commercial cellular network. It must be able to do this at a minimum line of sight range of 20 km from the aircraft when the platform is at an altitude of 3,000–10,000 ft.

Proposed systems must be fully functioning at airspeeds between 75–130 kt. This is because the standard operating SAR speed for RCAF rotary-wing aircraft is 75 kt, while the service’s fixed-wing aircraft have a nominal speed of 130 kt.

The system must also be capable of transmitting on a specific cellular frequency, which can be selected by the operator. It must be able to restrict the search to only mobile phones of interest while rejecting phones that attempt to connect to the CASSAR system.

Canada’s Department of National Defence (DND) issued a request for proposal (RFP) for its Cellular A...