Canadian company CAE announced on 8 February that it has received a contract from Boeing to design and manufacture the hardware for the P-8A operational flight trainer (OFT) ordered for the Royal New Zealand Air Force (RNZAF) in December 2020.

The company also said that it will develop a suite of P-8A Aircraft Equipment enhanced Desktop Environment (AeDTE) trainers for use as role-playing stations during training of P-8A aircrews. Both the P-8A OFT and the AeDTEs are scheduled for delivery to RNZAF Base Ohakea in 2023. 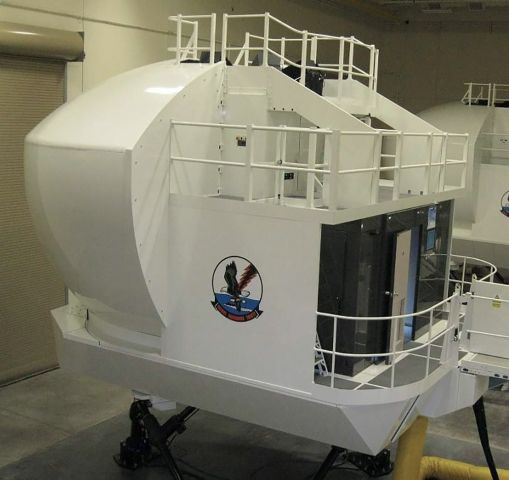 CAE announced on 8 February that it has secured a contract from Boeing to design and manufacture the hardware for a P-8A OFT for the RNZAF. It will be similar to the OFT shown here, which is in US Navy service. (CAE)

The P-8A OFT for the RNZAF will be similar to the OFTs CAE and Boeing have developed for the US Navy, the Royal Australian Air Force, the Indian Navy, and the UK Royal Air Force, said the company.

The latest developments come after the US Department of Defense (DoD) announced on 11 December 2020 that Boeing had been awarded a USD109 million contract to provide the RNZAF with training systems for its future fleet of four P-8A Poseidon maritime multi-mission aircraft (MMA).

Work is expected to be completed by January 2024.

Canadian company CAE announced on 8 February that it has received a contract from Boeing to design a...

Boeing on 10 February delivered its second KC-46A Pegasus aerial refuelling tanker to the US Air For...