The consortium will build, integrate, and support testing of a laser weapon demonstrator for maritime applications by the end of this year for trials on the German Navy’s F124 frigate Sachsen in 2022. 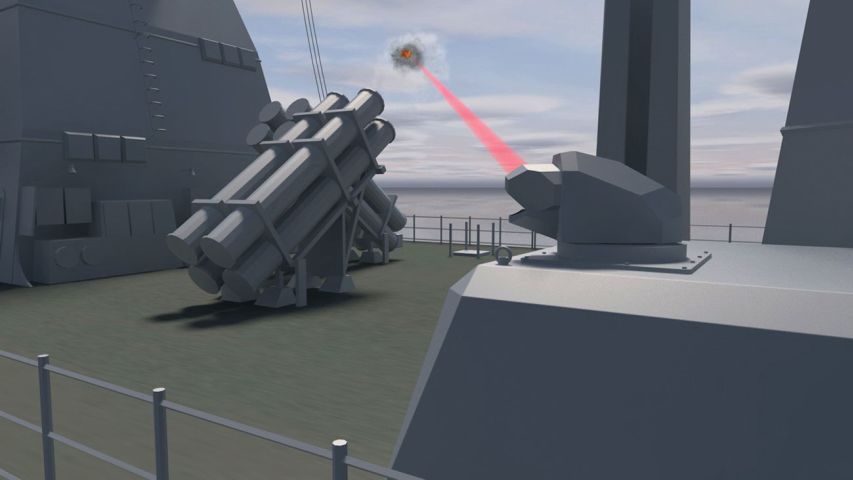 The BAAINBw has awarded a consortium between Rheinmetall Waffe Munition and MBDA Deutschland a contract for an HEL demonstrator to be tested on the German Navy's F124 frigate Sachsen in 2022. (MBDA)

MBDA and Rheinmetall have roughly equal workshares under the contract, which the two companies valued in the low double-digit million euro range. MBDA will be responsible for tracking, the operator console, and linking the laser demonstrator to the command and control system; and Rheinmetall for the weapon station, the beam guiding system, cooling, and integration of the laser weapon system into the project container of the laser source demonstrator.

Doris Laarmann, MBDA Deutschland’s head of laser business development, said that the demonstrator would be used to test aspects such as the interaction of the sensor suite, combat management system, and effector, as well as rules of engagement. She described the contract as an important step towards an operational HEL system.

Since 2008 MBDA Deutschland has developed and tested an HEL weapon demonstrator against threats including fast, highly manoeuvrable targets such as mini-unmanned aerial vehicles (UAVs) with target acquisition, engagement, and destruction at ranges of up to 2 km.