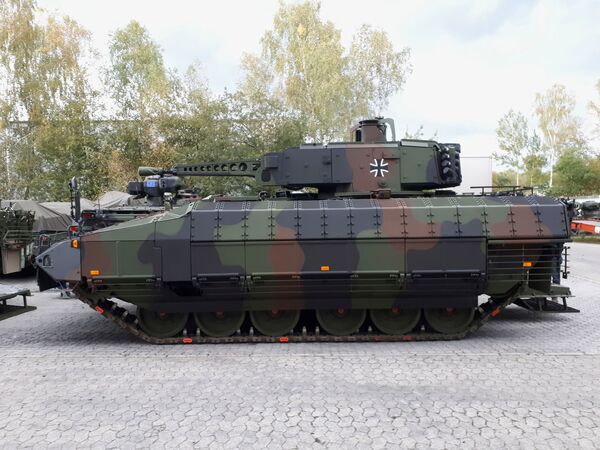 Rheinmetall said in a press release on 29 June that the contract was worth EUR1.04 billion (USD1.23 billion), adding that work would begin immediately in July and was scheduled for completion in 2029. The contract includes an option to upgrade another 143 IFVs for EUR820 million. Rheinmetall said this would bring most of the 350 Pumas so far delivered up to the S1 enhanced design status, including the 40 IFVs already upgraded, with only 13 driver training vehicles not included.

The upgrade includes equipping the Puma with the Mehrrollenfähiges leichtes Lenkflugkörper-System (Multirole-capable Light Missile System: MELLS), the Bundeswehr's designation for Spike LR, and preparation to integrate a turret-independent secondary weapon system. New digital radios and additional sensors will also be integrated, including high-resolution day- and night-vision camera systems for the driver and the mounted infantry squad and colour-enabled optronics for the gunner and commander.