British Army's BattleLab to be operational by August 2021

The UK Ministry of Defence (MoD) is launching a new Defence Innovation Centre aimed at providing an easy access point for small and medium enterprises (SMEs) to develop and mature solutions. 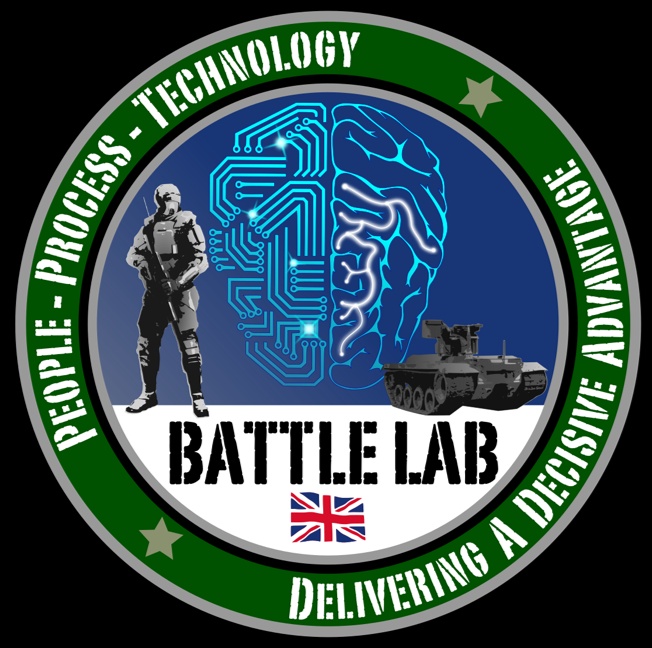 This image shows the logo of the Army BattleLab and engenders some of the technologies that it hopes to bring together. (UK MoD)

The DIC is to be located in Dorset, UK, close to the British Army’s Armoured Trials and Development Unit. It is intended to improve the links between the Army’s end users and the SMEs that can provide solutions to the various challenges. It will allow “more open and better engagement, [and] greater exploitation of experimentation within defence,” explained Director of Capability, Major General Jez Bennet, during the briefing.

The centre will also aim to reach companies that have never before worked with defence, and Maj Gen Bennet explained that the plan was for the BattleLab to offer an easy route into defence for those with no prior experience in the field.

It will also be used to “represent a persistent challenge to the status quo to drive value and improvement,” another senior Army officer explained during the briefing, adding that it is expected to serve as a focus for coherent and routine work with academia.

The UK Ministry of Defence (MoD) is launching a new Defence Innovation Centre aimed at providing an ...