Next article
US Army to downselect potential Shadow UAV replacements

Protector RG Mk1 is the UK Ministry of Defence’s (MoD’s) designator for the weaponised variant of the GA-ASI MQ-9B SkyGuardian RPAS – the next generation of its multimission Predator B platform. The RAF is expected to acquire 16 Protector RPAS platforms, with the most recent in-service date with the RAF given by the MoD as mid-2024. 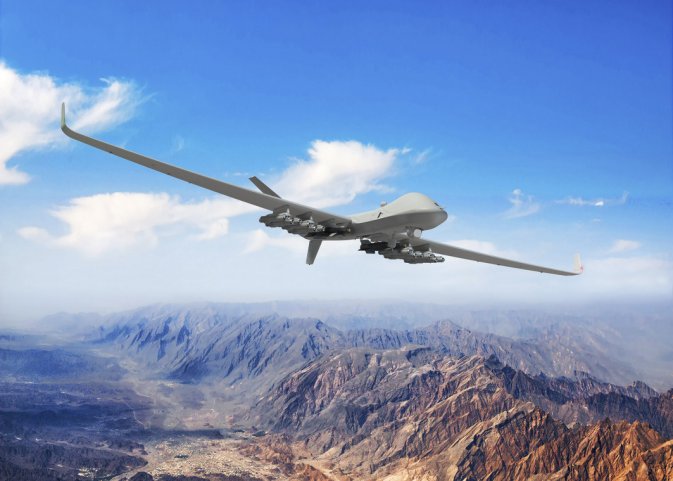 Signed at the end of October 2018, but disclosed on 24 January 2019, both contracts are governed by the Foreign Military Sales (FMS) mechanism. The US government has mandated that all contracts relating to weapons integration on a US RPAS must go through the government under the FMS process. The value of both contracts has not been disclosed.

The contract with MBDA provides for integration and validation of Brimstone 3 on Protector and includes full weapon human-machine interface and weapon capability integration. “Manufacture and supply of Brimstone 3 hardware in support of GA-ASI activities to integrate Brimstone 3 onto Protector RG Mk1 will be handled under a separate contract between MBDA and [the] UK MoD,” David Postlethwaite, head of UAS & FCAS – MBDA, Air Domain, UK Sales and Business Development, told Jane’s .

MBDA and Raytheon UK have been awarded separate contracts by General Atomics Aeronautical Systems In...

The UK Ministry of Defence (MoD) has awarded MBDA in the United Kingdom a seven-year demonstration a...

Defexpo 2020: Development of Hanwha Defense's Chungum air-launched ATGM to be completed by end of 2020

The US Defense Security Cooperation Agency (DSCA), which facilitates and manages military equipment ...