The election of right-wing outsider Jair Bolsonaro as Brazilian president in October 2018 was explained by voters’ anger over economic recession, corruption, and deteriorating public security. Bolsonaro’s popularity rating remained at around 50% in his first year but declined sharply in early 2020 before rebounding to 37% in July. Currently not associated with any political party, Bolsonaro lacks a solid base in Congress, weakening his administration.

Governability was initially helped by leaders of Congress sharing common ground with the government on economic policy, particularly on the need to contain Brazil’s unsustainable fiscal deficit and soaring public debt. This permitted informal agreements that led to the approval of a critically important pension reform in October 2019, providing some momentum to fiscal reforms, and the economy started to rebound by the end of 2019. Brazil has also showed a marked decrease in most crime indicators, particularly homicides, in decline since 2017. In 2019, according to the Violence Monitor Index, there were 41,635 homicides, the lowest in a decade, compared with the record high of 61,619 deaths recorded in 2016, according to the Brazilian Public Safety Forum.

However, this dynamic changed radically in 2020 because of Bolsonaro’s divisive politics, with his extreme right-wing supporters declaring war on Congress and the judiciary. By early March 2020, with Bolsonaro’s supporters marching to demand the closure of Congress and the Supreme Court, political polarisation had taken centre stage. This resulted in a public clash between the president and the heads of the two houses of Congress. 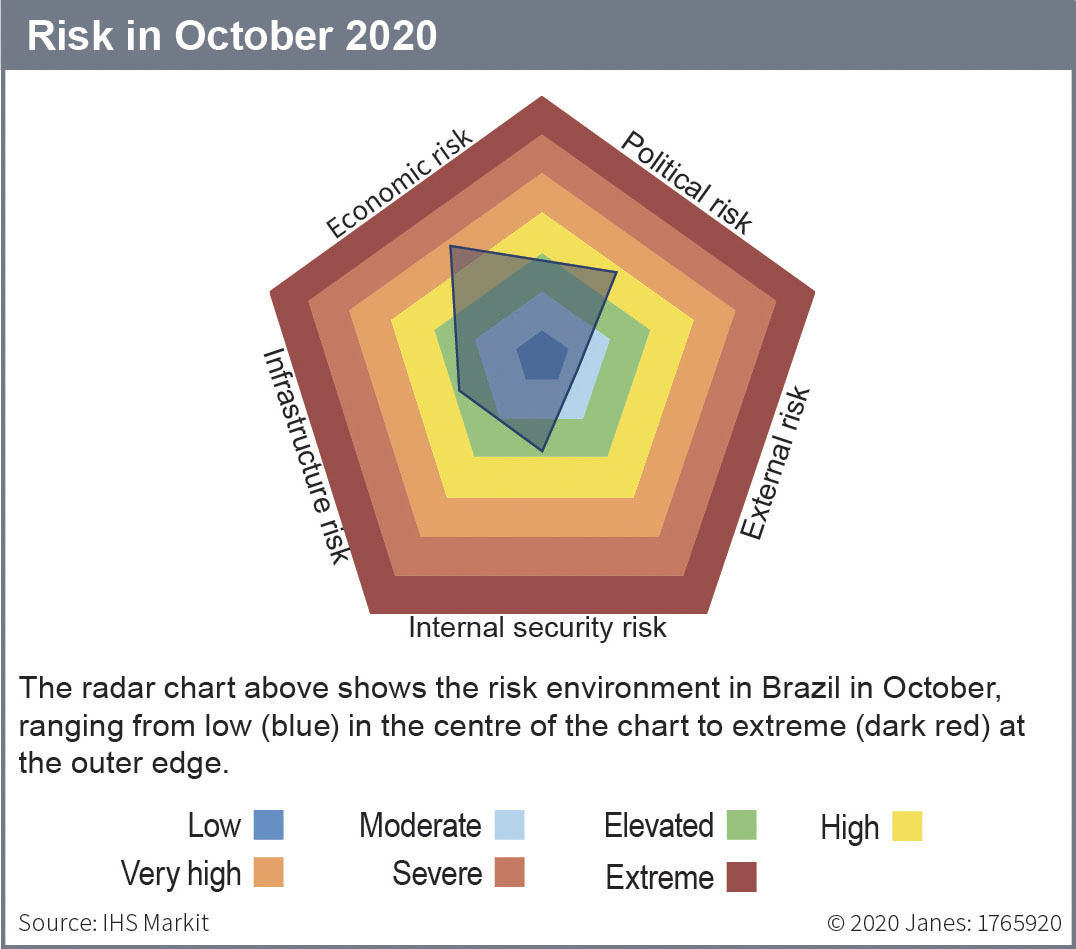