Construction of the base has been under way since 2014 by Odebrecht Engenharia e Construção at the 750,000 m2 Itaguaí Naval Complex (Complexo Naval de Itaguaí), located in the municipality of Itaguaí in the state of Rio de Janeiro.

When fully completed, BSIM – which comprises north and south areas interconnected by a 703 m-long tunnel – will include piers, a command building, administration facilities, a healthcare unit, workshops, a water treatment plant, a CBRN defence battalion, training facilities, a simulation centre, a bus station, accommodation blocks, and a canteen.

The base will be the location from which Brazil’s four future Riachuelo-class S-BR diesel-electric submarines – Riachuelo (S40), Humaitá (S41), Tonelero (S42), and Angostura (S43) – will operate, along with the future SN-BR nuclear-powered attack submarine Álvaro Alberto.

First-of-class S-BR submarine Riachuelo is due to be commissioned in December, the Brazilian Navy told Janes on 4 July.

The four conventional submarines are being built by Itaguaí Construções Navais: a joint venture between France’s Naval Group, the Brazilian conglomerate Odebrecht and the Brazilian Navy as part of the Submarine Development Program (PROSUB) that also includes shipyard and naval base construction, a steel manufacturing plant, local production of French F21 torpedoes and a technology transfer programme.

Previous information from the Brazilian Navy indicates that the existing four U209/1400 Tupi-class submarines and the single U209/1400mod Tikuna-class boat, which are based at Almirante Castro e Silva Submarine Base (BACS) in Niterói, state of Rio de Janeiro, could potentially be relocated to BSIM. However, BACS would be retained to serve as a support facility. 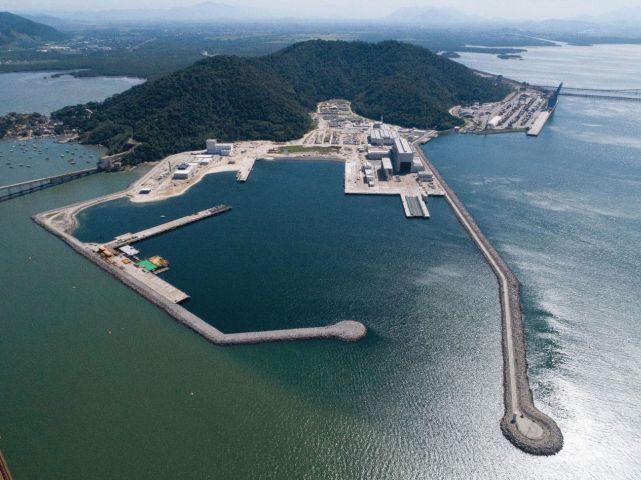 The Brazilian Navy formally inaugurated its new Island of Madeira Submarine Base (Base de Submarinos...

On 11 October, the Brazilian Navy and Itaguaí Construções Navais (ICN) will achieve a major mileston...