In October the navy began the PROADSUMUS design with the goal of increasing the Fleet Marine Force’s, Riverine Operations Battalions’ and the district's Marines Groups capabilities by 2040. One goal is to enable the marines to execute a larger spectrum of military operations to better protect the nation's jurisdictional waters, riverine waters, naval and port facilities, and island, and archipelagos. At the same time, these forces will also be used in support of civil defence roles, as well as peacekeeping and humanitarian relief missions.

This push will require the creation of new organisations, infrastructure modernisation, and the acquisition of new equipment, the Marine Corps General-Command recently told Janes . 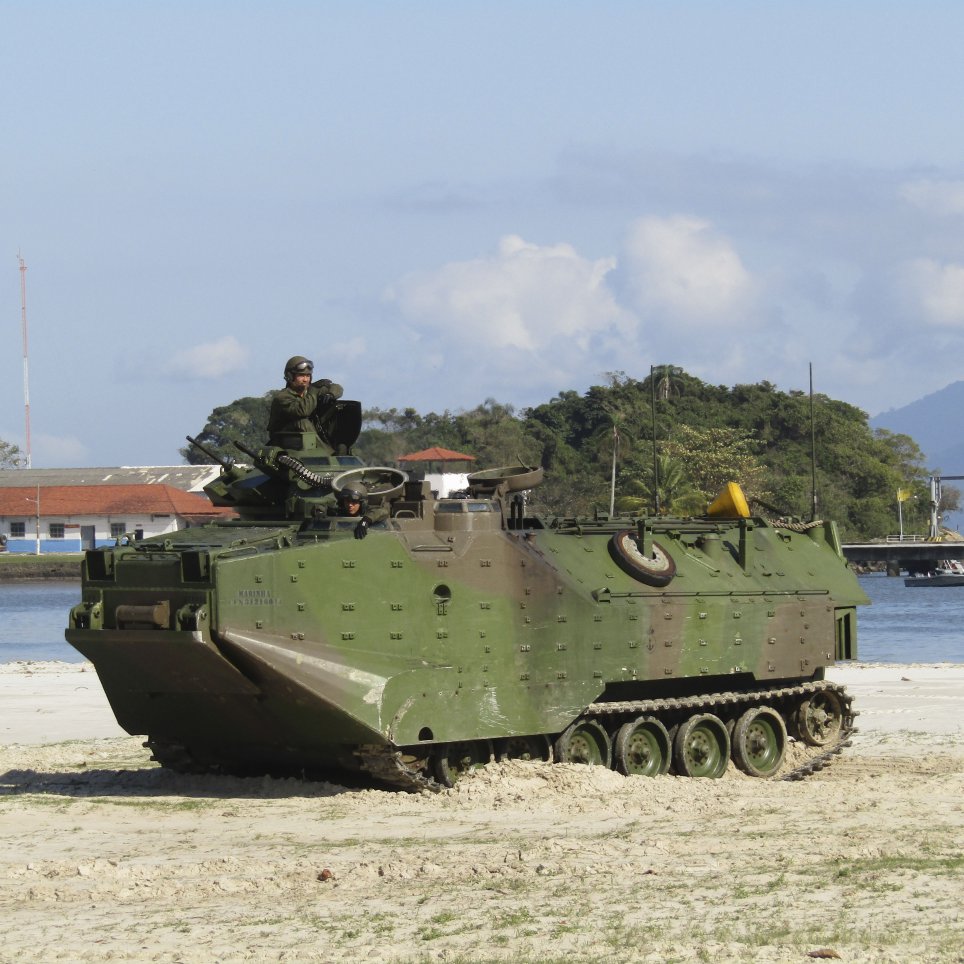 The Brazilian Marines received 23 AAV7A1 RAM/RS vehicles between 2017–18. The service is now embarking on a force redesign effort that will include new weapons. (Victor Barreira)

The Brazilian Navy is exploring ways to modernise the Marine Corps (Corpo de Fuzileiros Navais) and ...

The Brazilian Ministry of Defence (MoD) is co-ordinating an ambitious effort to provide its armed fo...