The IRB was purchased by the Brazilian Army Commission in Washington on behalf of the service’s Logistics Command for EUR4.7 million in May 2018 to replace the legacy EWK Faltschwimmbrücke (FSB) system. Training and instruction in Brazil, special tools, accessories, spares, and integrated logistics support were part of the contract, which included some offset transfers. 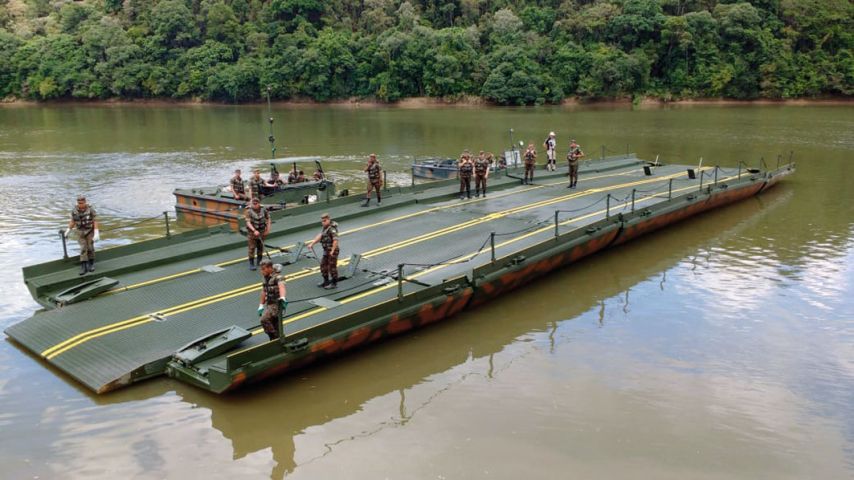 A second IRB was purchased in May 2019 for EUR3.2 million (USD3.6 million) for the 6th Armoured Infantry Brigade’s 12th Armoured Combat Engineer Battalion in the state of Rio Grande do Sul, which presently fields the Krupp lndustrietechnik FSB 2000 bridge system. The new IRB is scheduled for delivery in the second half of 2020, the army told Jane’s .

Four BEBs with improved boat cradles (IBCs) have been granted by the US government and are to be refurbished prior transfer to Brazil, according to a USD278,578 Foreign Military Sale (FMS) contract.