A tender for the upgrade will be issued following the completion of a viability study and the concept formulation phase.

All the Fennec AvEx and Super Pantera helicopters in the inventory will be equipped with provision for the SiAAIH fit, a source at the Army Aviation Command told Janes .

The operational, technological, logistical, and industrial requirements for the SiAAIH programme were formally approved in 2019.

Each SiAAIH kit will comprise an armament subsystem featuring a 7.62×51 mm rotary machine gun, a launcher for 70 mm unguided and guided rockets, air-to-ground missiles, a weapon pod for a 12.7×99 mm machine gun, weapon wings and pylons, and a weapon management unit; a data and image acquisition and processing subsystem with helmet-mounted display (HMD), a rangefinder with a 10 km range, an image recorder, night vision equipment, image disseminating equipment, a laser pointer and electro-optical/infrared system with associated displays; a truck-mounted data and image receiving subsystem consisting of a shelter equipped with rugged computer, network interface, transceivers and a telescopic mast with antenna; and a simulation subsystem consisting of flight training systems, a recording system for debriefing, dummy weapons, and a performance analysis system. 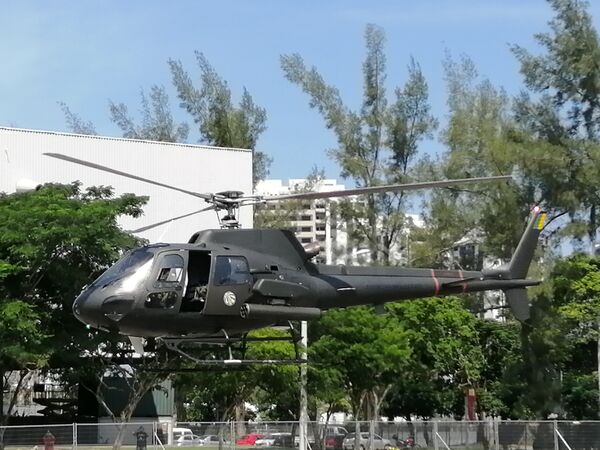