A production batch of the missile – commercially designated AV-MTC – is scheduled to be acquired in 2021, Gen Barreto added.

Avibras is developing the MTC-300 missile in co-operation with the Army Technological Centre under a 2012 contract awarded by the Manufacturing Directorate of Brazilian Army’s Department of Science and Technology. An acquisition contract was placed in 2016. MTC-300 is being developed as part of the Army Procurement Office’s ASTROS 2020 project, which also provides for the acquisition of new multiple-launch rocket systems (MLRSs) and simulators and the creation of new artillery units in the Brazilian Army. 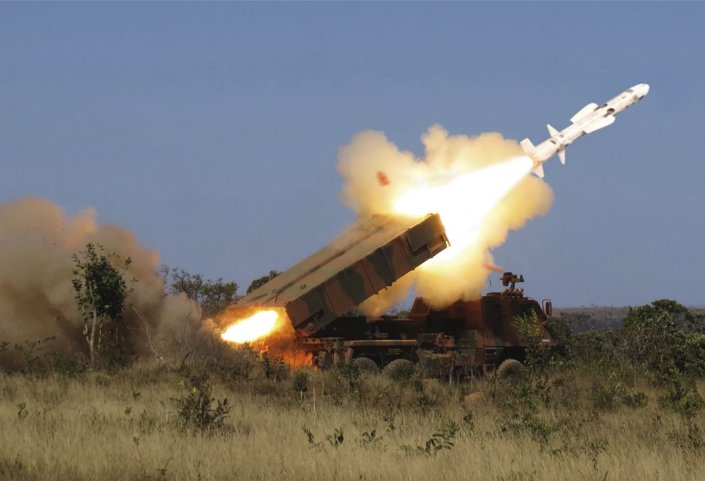 The Brazilian Army has conducted a series of MTC-300 live firing trials from the AV-LMU 6×6 platform. (Brazilian Army)

The missile will equip the Brazilian Army’s ASTROS II MK3M and MK6 propelled MLRSs, which are mounted on the Avibras 6×6 AV-LMU platform. The AV-LMU vehicle can mount two missile containers, each armed with one MTC-300 missile.

The exact specifications of MTC-300, as well as information on system subcontractors, remain largely unknown. However, Jane’s understands that the missile weighs approximately 1,100 kg, is 450 mm in diameter, 5.430 mm in length, has a cruise speed of 1,044 km/h, a range in excess of 300 km, and circular error of probability (CEP) of 30 m. Since development was initiated in 2012, the missile design has evolved, with the mid-body fixed-wing assembly replaced with fold-out wings, although the two sets of aft-positioned cruciform tail surfaces are retained. 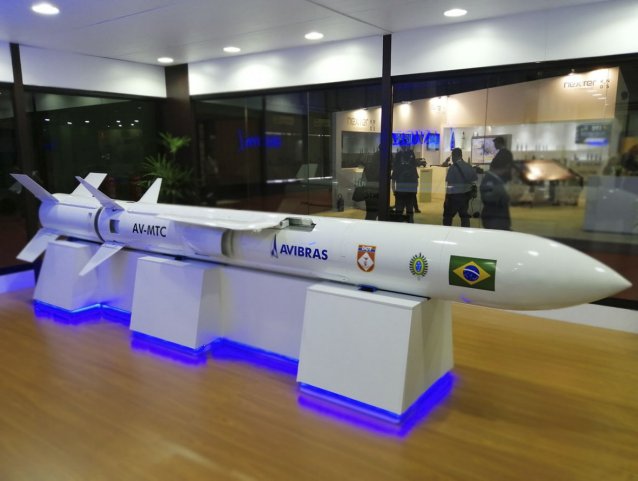