With the signing of the declaration of best offer between the Brazilian Navy and consortium Águas Azuis on 2 April – formally confirming the selection of the contracting group to build four advanced multi-purpose combat corvettes – negotiations for the main contract have begun.

The contract between Brazilian state-owned company Empresa Gerencial de Projetos Navais (EMGEPRON) and Águas Azuis will cover the transfer of technology (ToT), integrated logistics support (ILS), and offsets contracts and is expected to be signed before the end of 2019. 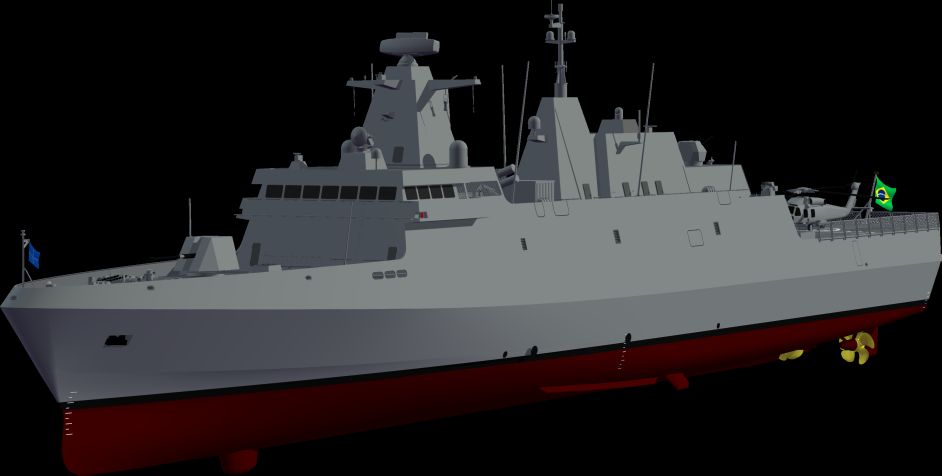 MEKO A-100 was selected by Brazil as the basis for the Tamandaré-class acquisition effort. (TKMS)

Worth an estimated BRL6.4 billion (USD1.6 billion), the corvette project is part of the service’s strategic construction of the Naval Power Core programme, which also includes the development and acquisition of submarines, frigates, a logistics support ship, patrol ships, and aircraft carriers.

Águas Azuis, which is formed by ThyssenKrupp Marine Systems (TKMS) and Brazilian firms Embraer Defesa & Segurança and Atech Negócios em Tecnologias, was selected to supply the Brazilian Navy with four Tamandaré-class ships on 28 March, after best-and-final offers (BAFOs) were submitted by four consortiums on 8 March. The navy had issued the request for proposals in December 2017.

EMGEPRON and the Navy Program Management Directorate (DGePM) previously signed a technical co-operation agreement for mutual co-operation and reciprocal support with the purpose of acquiring ships with 4,000-tonne maximum displacement.

The contracting of the life-cycle management structure of the ships, including after sale maintenance, will be separately negotiated by the navy.

With the signing of the declaration of best offer between the Brazilian Navy and consortium Águas Az...

Decisions the new Biden Administration makes on the makeup and capabilities of the US Navy (USN) air...