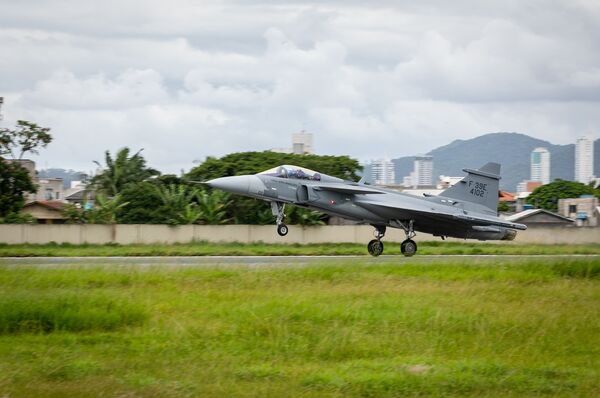 In addition, four Gripen jets will be added to the original contract, FAB's Commander Lieutenant-Brigadier Carlos de Almeida Baptista Júnior announced during the event, which took place at the Santa Cruz Air Force Base in Rio de Janeiro. He did not elaborate further.

The two serial production jets will remain at the Gripen Flight Test Centre (GFTC) at Gavião Peixoto, in the State of São Paulo, until the aircraft obtain the military type certificate from the FAB's Industrial Fostering and Coordination Institute (IFI) and the Swedish Military Aviation Safety Inspectorate (FLYGI). They will then be transferred to Jaguar Squadron, based at the Anápolis Air Base, State of Goiás.

The first F-39E jet in Flight Test Instrumentation (FTI) configuration arrived in Brazil in September 2020 for flight and ground tests.