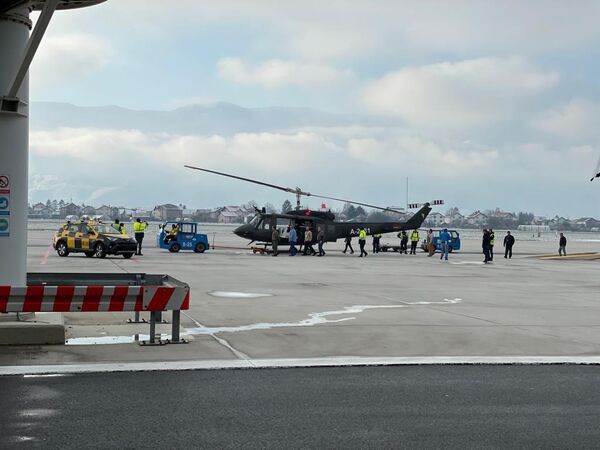 Four Huey II helicopters donated by the US arrived at Sarajevo airport on 4 December. (OSBiH)

Four Huey II light utility helicopters donated by the United States arrived at Sarajevo airport from Huntsville, Alabama, on 4 December aboard a Ukrainian An-124 strategic airlifter, the Armed Forces of Bosnia and Herzegovina (OSBiH) announced on its website later the same day. Bosnia-Herzegovina will be the first European Huey II operator.

The Huey IIs, which have a two-year warranty and are equipped with rescue hoists, will be based at Rajlovac airbase near Sarajevo and conduct military and disaster relief missions, including air transport, medical evacuation, firefighting, and search and rescue. The fleet will also benefit from Bell logistics and significantly increased time between overhauls and replacement intervals for key dynamic components, as well as improved overall operational readiness.