Boeing Australia has successfully conducted the maiden flight of the ‘Loyal Wingman’ unmanned aerial vehicle (UAV) it is developing in partnership with the Royal Australian Air Force (RAAF), the company announced on 2 March. 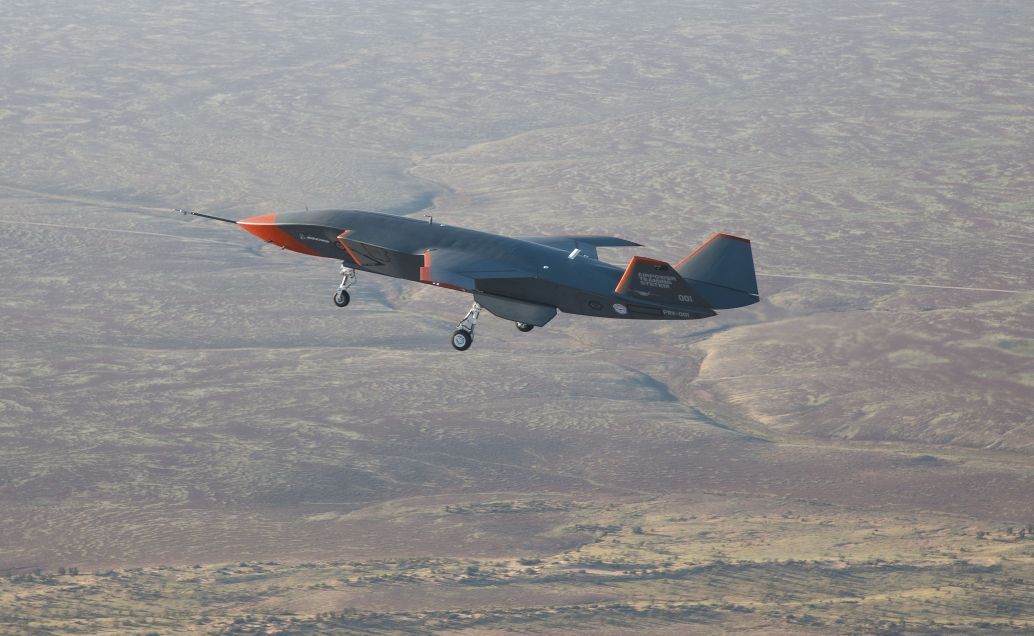 Boeing Australia carried out the first flight of its ‘Loyal Wingman’ UAV on 27 February. The aircraft took off from the Woomera Range Complex in South Australia. (Commonwealth of Australia/Department of Defence)

The first military aircraft to be designed and manufactured in Australia in more than 50 years flew for an undisclosed time under the supervision of a Boeing test pilot who monitored the aircraft from a ground control station at the Woomera range complex in South Australia.

The flight of the fighter-size UAV took place on 27 February after a two-month delay caused by unfavourable weather and issues related to the Covid-19 pandemic.

“Initial flights are usually short, but we went through all the steps we were looking to achieve,” said Dr Shane Arnott, programme director of the Boeing Airpower Teaming System (ATS). He declined to disclose the origin of the commercial turbofan powering the Loyal Wingman.

“After taking off under its own power, the UAV flew a pre-determined route at different speeds and altitudes to verify flight functionality and demonstrate the performance of the ATS design,” said Boeing in a separate statement.

The first Loyal Wingman prototype is serving as the foundation for the ATS being developed by Boeing for the RAAF’s Loyal Wingman programme, as well as other Boeing unmanned platform activities.