Boeing will not compete in the US Air Force’s (USAF’s) intercontinental ballistic missile (ICBM) replacement effort, citing what it regards as ‘an unlevel playing field that is not conducive to a fair competition’. 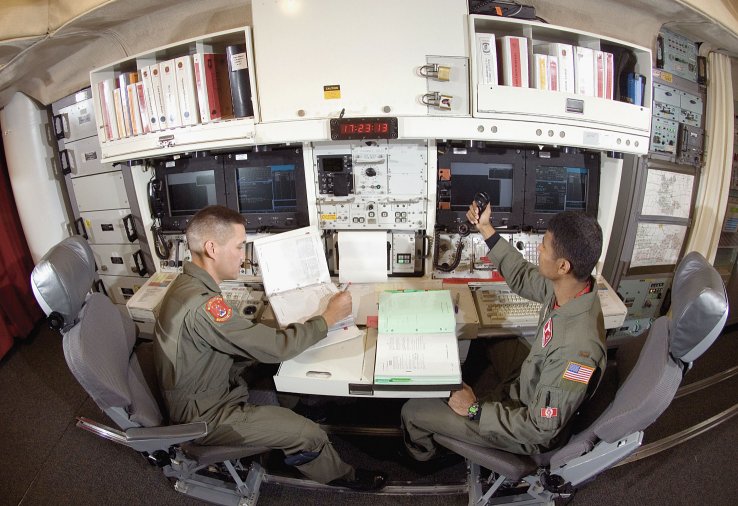 A USAF missile combat crew on alert at an underground ICBM control centre. The service’s plans to replace its ageing Minuteman III missiles could be adversely affected by Boeing’s decision to withdraw from the effort. (US Air Force)

The decision, which was announced by the company on 25 July, means it will not respond to the Ground Based Strategic Deterrent (GBSD) request for proposals (RFP) that the USAF issued to industry on 16 July.

“After numerous attempts to resolve concerns within the procurement process, Boeing has informed the air force that it will not bid GBSD engineering and manufacturing development [EMD] under the current acquisition approach,” Boeing said in a statement.

Jane’s was told by a source familiar with Boeing’s thinking that the company is unhappy that the acquisition appears to be slanted in favour of its competitor, Northrop Grumman. “The RFP does not sufficiently address the concerns that Boeing expressed to the air force for many months now,” the source told Jane’s , adding that Boeing was specifically concerned with a potential cost advantage and data protection issues. Northrop Grumman did not immediately respond to questions.

The USAF is looking to replace the Boeing LGM-30G Minuteman III ICBM that has been in service since the early 1970s. Previously dubbed Minuteman IV and then GBSD/Land-Based Strategic Deterrent (LBSD), the GBSD programme as it is now called will see the USAF replace the missile boosters while retaining the nuclear warheads.

Boeing will not compete in the US Air Force’s (USAF’s) intercontinental ballistic missile (ICBM) rep...