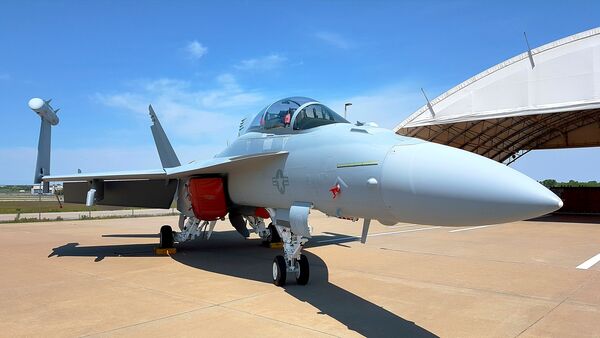 Boeing has issued an RFI for more than 10 German companies to help support a Super Hornet and Growler (pictured) sale to the Luftwaffe. (Janes/Gareth Jennings)

Boeing is to expand its F/A-18E/F Super Hornet and EA-18G Growler industrial team for Germany, with a request for information (RFI) issued to potential partners on 12 January.

With the US manufacturer anticipating a letter of request (LOR) to be issued from Berlin for both the Super Hornet and Growler in the coming days, it has opened up bids for development, manufacturing, and support for the fleet to more than 10 German companies.

“German industry partners will play a significant role in providing support equipment, logistics and overall maintenance, parts, local sustainment programmes, training, and other relevant repair and overhaul solutions for Germany's potential Super Hornet and Growler fleet,” Boeing said. “German industry will also have the opportunity to participate in the development of the Next-Generation Jammer for the EA-18G Growler,” it added.

Boeing is to expand its F/A-18E/F Super Hornet and EA-18G Growler industrial team for Germany, with ...