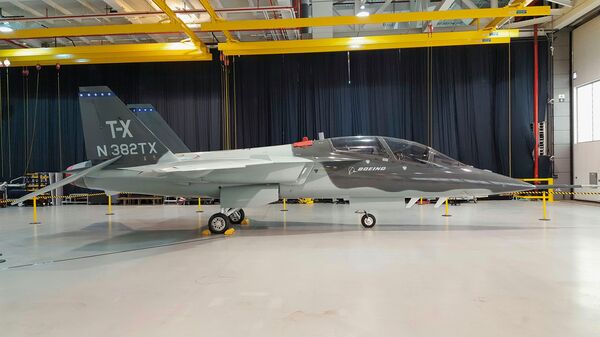 Speaking to Janes and other defence media on 20 October, Paul Niewald, Boeing's vice-president and programme manager, T-7 programmes, said the company would consider the USAF Request for Information (RFI) that was released on 12 October, and that the Red Hawk it is currently contracted to deliver to the service under its T-X Advanced Pilot Training requirement is well suited to this future growth mission.

“This aircraft was designed with growth in mind, and to be able to do other things besides the basic training mission. So, the T-7A is uniquely designed to be able to adapt to future growth missions, [and that is] what the recently released [ATT requirement] is,” Niewald said. “We will take a look at [the RFI] to see how the T-7A can support that need as well.”

Niewald's comments represented the first official Boeing response to the USAF release of the ATT RFI that seeks a new aircraft type to provide initial tactical training and ‘red air' adversary air-to-air and air-to-ground training, as well as serving as a surrogate of existing and future tactical fighter aircraft in the USAF inventory.

For ATT, the USAF plans to buy at least 100 aircraft, with subsequent lots of 50 aircraft. Responses to the RFI are due by 23 November, although no timeline was provided for an anticipated contract date or entry into service.

Boeing will consider offering the T-7A Red Hawk aircraft to the US Air Force (USAF) for its recently...