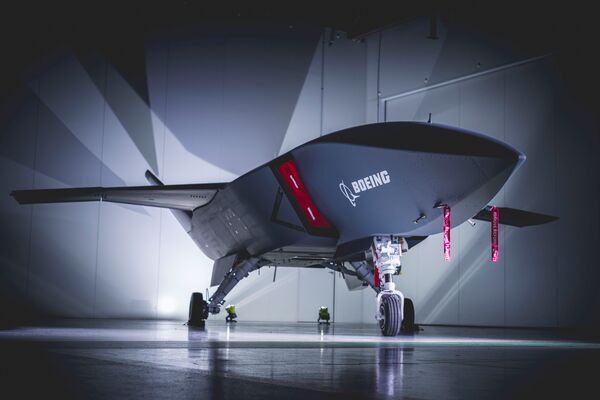 The Boeing ATS is to be built at Toowommba Wellcamp Airport, Queensland, the manufacturer announced on 22 September. (Boeing)

Boeing has selected the site in Australia where it is to build the Airpower Teaming System (ATS) ‘loyal wingman' unmanned aerial vehicle, establishing the company's first final assembly line outside of North America.

The manufacturer said on 22 September that Toowoomba Wellcamp Airport, Queensland, had been chosen as the preferred site to build the first military combat aircraft designed, developed, and manufactured in Australia in half a century.

News of the proposed siting of the production facility came eight months after the first ATS that Boeing Australia is developing in partnership with the Royal Australian Air Force (RAAF) made its maiden flight in February.

When it was unveiled at the Avalon Air Show in 2019, the ATS concept was named Boeing ATS (BATS). The system is not remotely piloted, however, it will be semi-autonomous and controlled from both the ground and the air.

Unveiling a full-scale model of the system on 27 February 2019, then Australian defence minister Christopher Pyne said the programme had “enormous” export potential. Such a system in RAAF would service as an unmanned wingman to manned aircraft types like the Lockheed Martin F-35A Lightning II Joint Strike Fighter and Boeing F/A-18F Super Hornet. In common with other similar concepts being explored by other nations and companies, the ‘loyal wingman' could operate as a swarm to provide mass and could function as either a sensor or even a weapons platform.