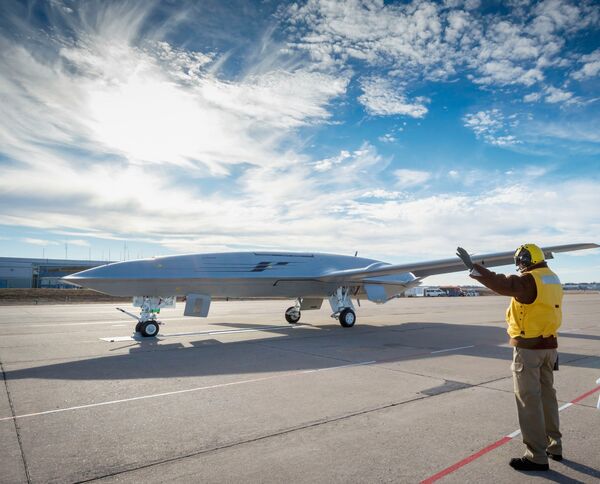 Allies with carriers could be interested in an updated version of the MQ-25 UAV. (US Navy)

“Sixty-nine [platforms] is the programme of record [for the US Navy (USN)], but obviously there's options to update this and make it do other missions and other customers might be interested,” Boeing’s Jim Young, MQ-25 chief engineer, told reporters on 16 June.

According to Young, there were options for other US services as customers, as well as international customers. However, he would not disclose if there had been conversations with other customers.

The MQ-25 UAV is designed to refuel carrier-based aircraft. The UK, France, and Italy are among allies with aircraft carriers. However, the UK's Queen Elizabeth-class carrier uses a ski-jump capability, which the MQ-25 design does not support.

Boeing is working on integrating the MQ-25 on the USN‘s Nimitz-class and Ford-class carriers.

Boeing is also using lessons learnt from the MQ-25 on future UAVs. “We're developing autonomous systems within Boeing and we‘re taking what we‘re learning on MQ and other platforms and then porting those over to other platforms that we might be providing for government customers,” Young said.

As more customers are considered, Boeing is working on some design fixes for its USN model. Protection against lightning strikes is one. “We have various design solutions for a lightning compliance solution and we‘re looking at multiple different options for that and we‘re able to incorporate that into the build,” said Young.

Boeing later said in a statement that the company is in the process of “verifying a primary solution as part of the normal development test process, which will be incorporated into the aircraft currently being built”.

Boeing said foreign partners could be potential customers for its updated MQ-25A Stingray unmanned a...