Boeing has chalked up two new milestones during flight testing of a pre-production version of the US Navy’s (USN’s) MQ-25A unmanned aerial refuelling aircraft.

T1 – the company’s own flight test asset – recorded its longest flight to date at more than six hours. The air vehicle has also achieved its highest altitude so far, with test points recorded at 30,000 ft. 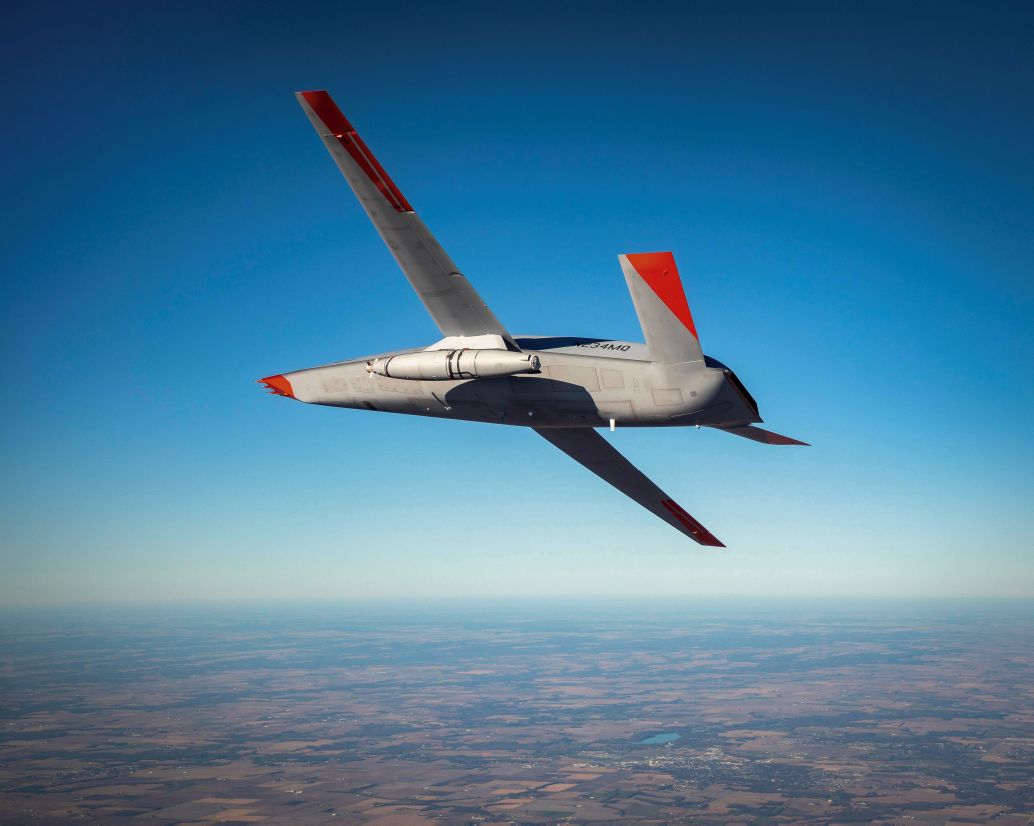 Developed to meet the navy’s Carrier-Based Aerial-Refuelling System requirement, the MQ-25A is intended to provide USN carrier air wings with a robust organic refuelling capability to improve the combat range of embarked strike fighters. In August 2018 Boeing was awarded a USD805.3 million engineering, manufacturing, and development (EMD) contract by the Naval Air Systems Command (NAVAIR) for design, development, fabrication, test, delivery, and support of four MQ-25A unmanned air vehicles, including integration into the carrier air wing for an initial operational capability in August 2024.

The MQ-25A is expected to deliver up to 15,000 lb of fuel to aircraft up to 500 n miles away. Aerial refuelling operations will be undertaken using two Cobham 31-301-7 Aerial Refuelling Store (ARS) pods – one under each wing – paying out a refuelling hose and basket. These buddy stores are already in service on USN F/A-18E/F Super Hornets.

T1 begin flying testing with the ARS pod in 2020. Flight testing initially focused on evaluating the aerodynamic effects of the buddy store at various points in the flight envelope.

The T1 will next test its ARS hose and drogue, including wake surveys. This will be followed by receiver flights with an F/A-18 Super Hornet.

Boeing has chalked up two new milestones during flight testing of a pre-production version of the US...