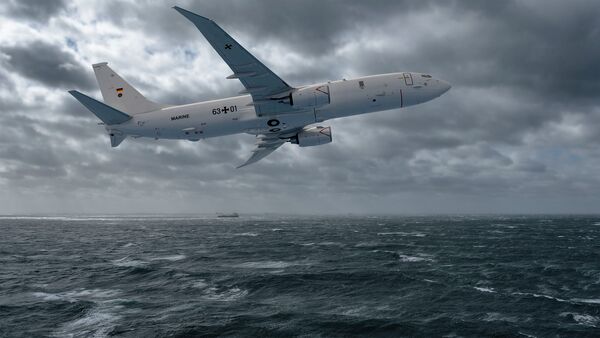 An artist's impression of the P-8A Poseidon in German Navy markings. (Boeing)

The original equipment manufacturer (OEM) said on 17 June that it had signed agreements with both companies to explore potential areas of collaboration in systems integration, training, support, and sustainment work, should Germany chose to buy the Poseidon to fulfil its interim maritime patrol aircraft (MPA) requirement.

The support team announcement came about three months after Germany was approved by the US government to procure five Poseidon aircraft for USD1.77 billion. The German Navy is seeking a potential interim solution following the recent cancellation of its P-3C Orion upgrade programme.

Although the Poseidon sale was approved in March, the French government has offered the Dassault-Breguet Atlantique that is flown by the French Navy and which, as the Atlantic, was previously operated by the German Navy. Airbus has also offered its C295 Persuader, while Rheinland Air Service (RAS) has said it could supply its RAS-72 Sea Eagle aircraft.