Boeing fires up 'loyal wingman' engine ahead of flight trials

Boeing Australia has powered up the engine of the first ‘loyal wingman’ unmanned aerial vehicle it is developing in partnership with the Royal Australian Air Force (RAAF) ahead of upcoming flight trials. 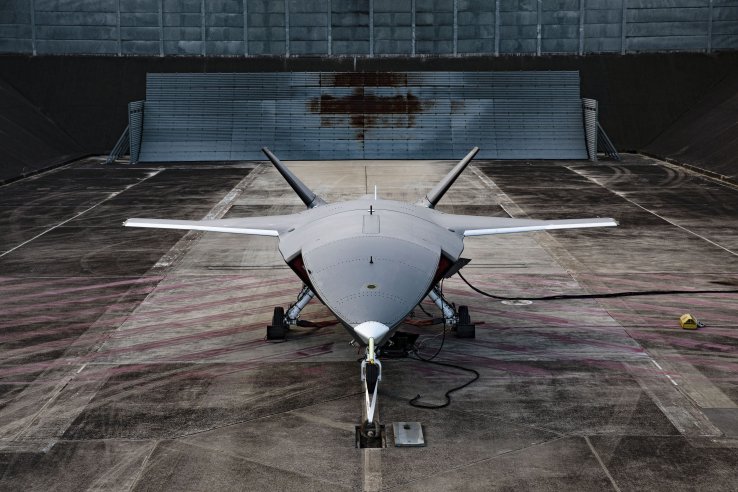 Boeing Australia has completed the engine run on its first Loyal Wingman unmanned aerial vehicle as part of ground testing and preparations for first flight, the company announced on 15 September. (Boeing)

The milestone, announced on 15 September, follows the completion earlier this year of the unmanned aerial vehicle (UAV) that is serving as the foundation for the global Boeing Airpower Teaming System (ATS).

“This engine run gets us closer toward flying the first aircraft later this year,” Dr Shane Arnott, programme director of the Boeing ATS was quoted as saying. “We’ve been able to select a very light, off-the-shelf jet engine for the unmanned system as a result of the advanced manufacturing technologies applied to the aircraft.” Boeing has not yet disclosed which engine it has chosen for the ATS.

When it was unveiled at the Avalon Air Show in 2019, the ATS concept was named Boeing ATS (BATS). The Australian Department of Defense (DoD) said it would invest AUD40 million (USD29 million at the time) in the development. Boeing said the system represents the company’s largest investment in a UAV programme outside the United States but did not disclose the amount involved.

Boeing Australia has powered up the engine of the first ‘loyal wingman’ unmanned aerial vehicle it i...