Boeing has announced the delivery of the 500th AH-64E Apache Guardian attack helicopter from its production site in Mesa, Arizona. 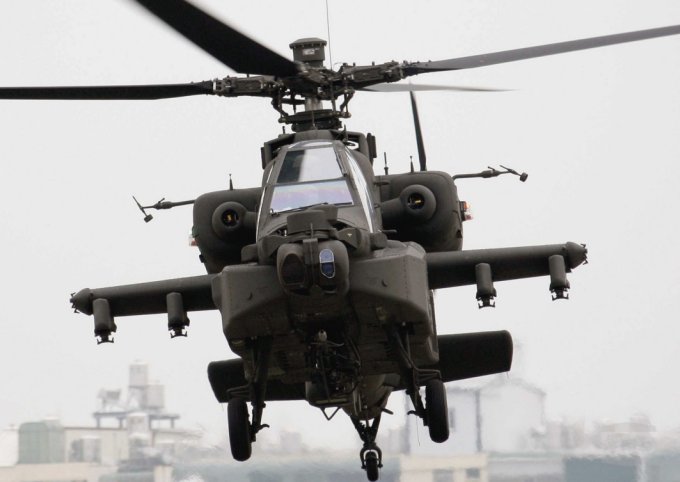 Boeing has delivered 500 AH-64E helicopters to the US Army and eight international customers, including Taiwan (pictured). (Republic of China Army )

The milestone, announced on 16 April, includes all helicopters that have been handed over to the US Army and international customers since deliveries began in 2011.

The AH-64E improves on earlier model Apaches in that it features a new and improved drivetrain and a composite rotor system, giving it a 25 kt higher top speed than the AH-64D. It is also equipped with improved open-architecture avionics and the ability to control an unmanned aerial vehicle from the cockpit.

From 2011 to end of the current planned cycle of production in 2026, Boeing will have built 791 re-manufactured and new-build AH-64Es for the US Army and international customers. The US Army plans to field 690 AH-64Es, of which 643 will be re-manufactured platforms (incorporating the aircraft’s most costly systems – the M-TADS targeting system, the fire-control system, and the engines – into a newly built airframe), and the type has already been sold to eight international customers, comprising India, Indonesia, South Korea, Taiwan, the Netherlands, Qatar, Saudi Arabia, and the UK.

To date, 2,486 Apaches of all variants had been delivered worldwide.

“From A through E, the Apache is a proven platform. The US Army has flown 4.5 million hours on the Apache, of which 1.2 million have been in combat.” Marco Di Gabriele, Global Vertical Lift Sales and Marketing told Jane’s and other defence media ahead of the Paris Airshow in June 2019, adding, “When the Apache is flying, the enemy is hiding.”

Boeing has announced the delivery of the 500th AH-64E Apache Guardian attack helicopter from its pro...