Boeing has completed production of all 24 AH-64E Apache Guardian attack helicopters for Qatar, the manufacturer confirmed to Janes on 16 June. 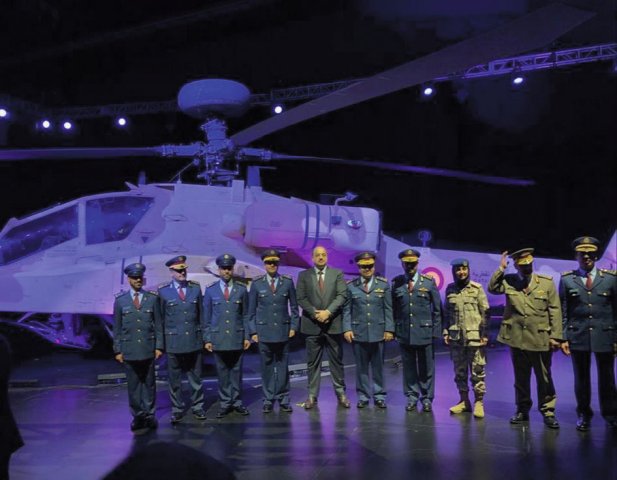 The first of an initial 24 Boeing AH-64E Apache Guardian attack helicopters for Qatar was handed over on 14 March 2019. All 24 have now been built and flight tested ahead of in-country delivery to the QEAF. (US Embassy in Qatar via Twitter)

The milestone at the company’s Mesa facility in facility in Arizona came about 15 months after the first helicopter was officially handed over to the Qatar Emiri Air Force (QEAF) in March 2019.

While assembly and flight testing is now complete, Boeing did not say if all of the helicopters have yet been shipped to Qatar.

Although not confirmed by Boeing, the timeline previously given to Janes for the conclusion of deliveries to Qatar suggests that these final helicopters might be the first to be fitted to the latest Version 6 configuration, with the company noting, “We have an international customer that is the first recipient of Version 6 and we are delivering helicopters [to that customer] now.”

Boeing has completed production of all 24 AH-64E Apache Guardian attack helicopters for Qatar, the m...