Boeing has started production of its US Air Force (USAF) T-7A Red Hawk jet trainer at its St Louis, Missouri, facility, and has developed roughly 90% of a static test article’s forward fuselage. 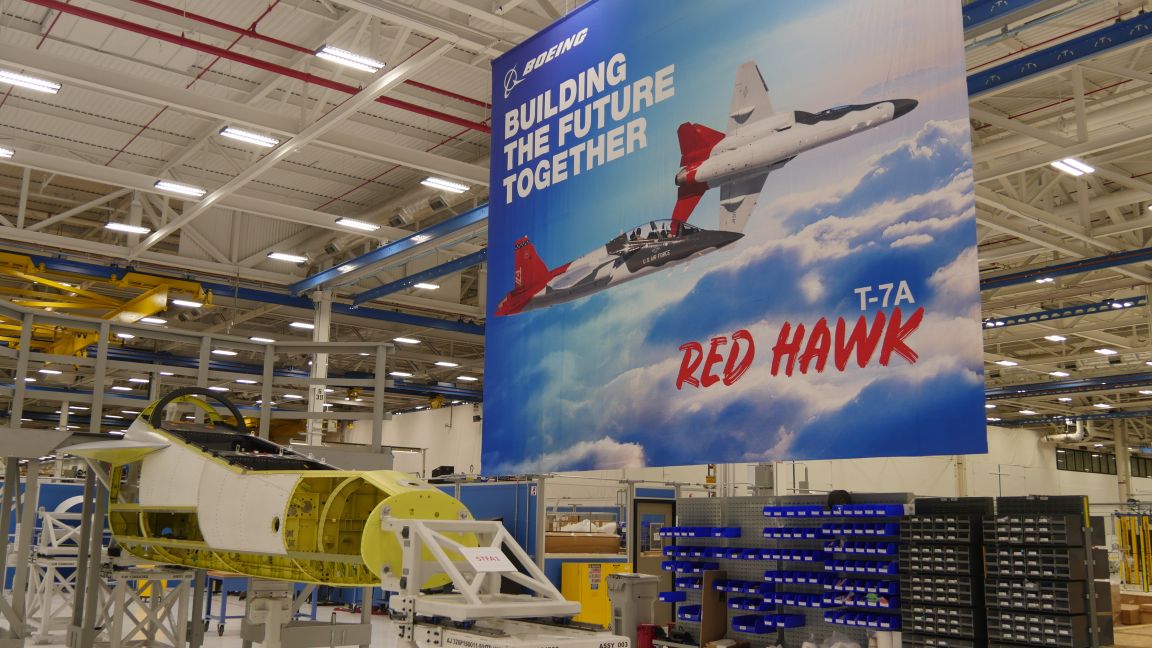 Saab, which is developing the T-7A with Boeing, has completed the structure build and working instrumentation, Dabundo said. Triumph Aerospace Structures is working in parallel with Boeing and is building the wings and the horizontal and vertical tails.

Static test articles are used generally on development programmes with newly designed structures. Once complete, Boeing will put the static test article into a test fixture where it will impart flight representative loads on the structure, which is instrumented to measure loads.