Boeing is to team with Honeywell Aerospace and Rolls-Royce Deutschland Ltd to provide engine support for its wider bid to supply the German Air Force (Luftwaffe) with its H-47 Chinook heavy-lift helicopter. 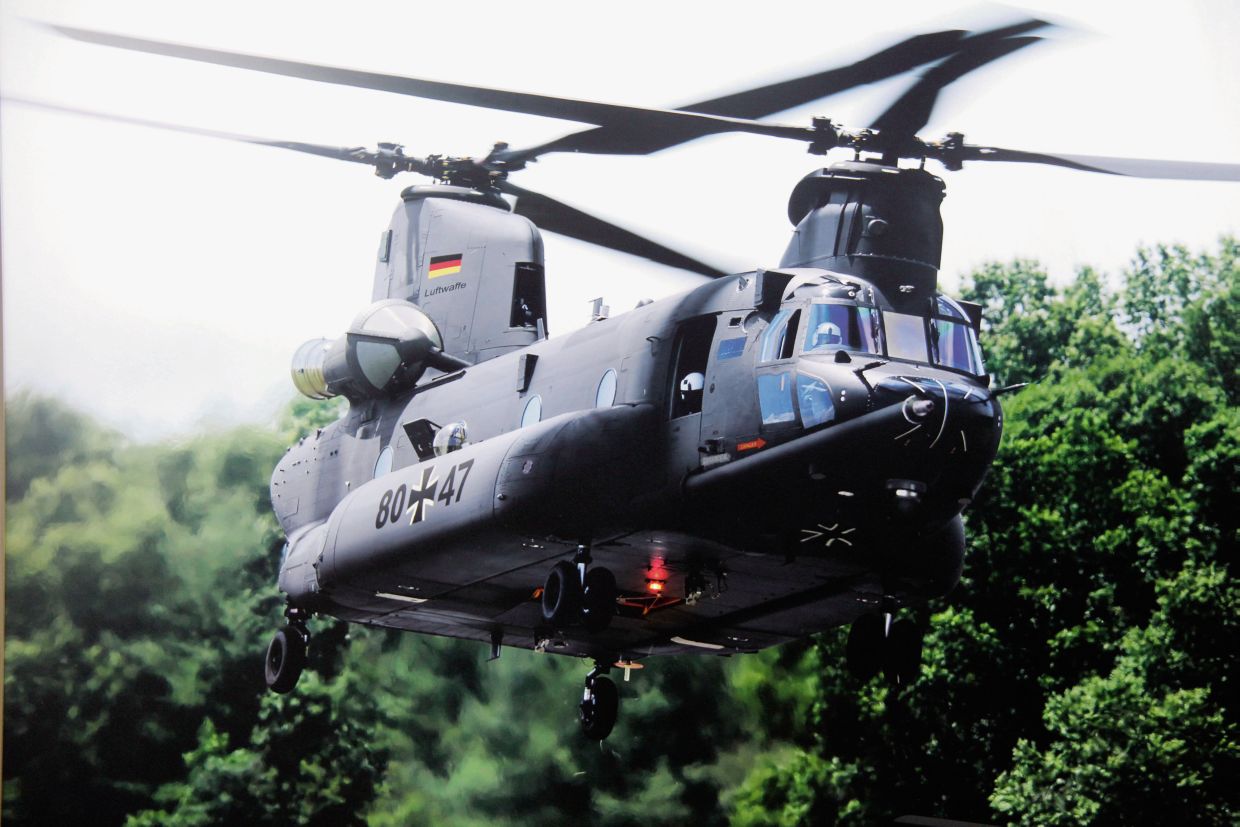 A Chinook helicopter mocked-up in Luftwaffe markings was displayed at the Berlin Airshow in 2018. Boeing is competing against Lockheed Martin Sikorsky-Rheinmetall for Germany’s Schwerer Transporthubschrauber (STH) heavy-lift helicopter requirement. (Boeing via Janes/Gareth Jennings)

The partnership, announced on 18 September, will cover in-service support of the Honeywell T-55 engine should the Luftwaffe select the Chinook to fulfil its Schwerer Transporthubschrauber (STH) heavy-lift helicopter requirement. Under the agreement, Honeywell will license Rolls-Royce Deutschland as its partner in Germany to perform depot-level maintenance of the Chinook T-55 engine operated by the Luftwaffe.

“The partnership between Honeywell, Rolls-Royce Deutschland and our industry team members provides an established local supply base for around-the-clock parts availability, NATO interoperability and streamlined aircraft maintenance procedures,” Vice President of Boeing Defense, Space and Security in Germany, Michael Hostetter, was quoted as saying. “The Luftwaffe will have access to training and sustainment solutions that ensures the H-47 Chinook’s readiness for any mission.”

Both Honeywell Aerospace and Rolls-Royce Deutschland Ltd were already part of the original Chinook Germany Industry Team that was launched in 2018, though the details of their involvement had not been made clear until now. Other companies signed up to the industry team comprise Aero Bildung, CAE, Aircraft Philipp, Cotesa Composites, Diehl Defence, Liebherr, Reiser, and Rockwell Collins (now Collins Aerospace).

The Luftwaffe has a requirement for between 40–60 new heavy-lift helicopters to replace the 70 ageing VFW-Sikorsky CH-53GA/GS/GE Stallion platforms.

Boeing is to team with Honeywell Aerospace and Rolls-Royce Deutschland Ltd to provide engine support...