Blighter to supply B402 radars for international AFV fleet 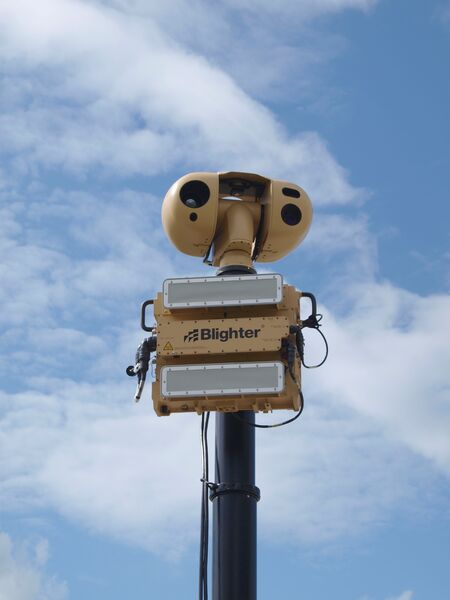 The UK's Blighter Surveillance Systems has been contracted to provide at least 25 of its B402 target acquisition radars to a European armoured fighting vehicle (AFV) manufacturer as part of an order for a non-European customer, the company's Chief Operations Officer, James Long, told Janes on 21 July.

“The contract will be performed over five years, but may be extended to 80 radars and 10 years if the customer chooses further options,” Long said, adding that it will be performed through annual purchase orders with the first delivery of three radars from the Cambridge-based company before the end of 2021.

“The radar will form part of a mast-mounted mobile targeting system and work with an electro-optical [EO] suite to detect ground-based targets,” he said, adding that confirmation of the target would fall to the EO suite and that targets would be engaged with a medium-calibre weapon system.

The B402 is a frequency-modulated continuous wave (FMCW) Doppler radar that operates in the Ku band, which means that the system can modulate its frequency while taking a measurement, and requires the target to be moving in order to gather data based on the Doppler effect.

Results are provided based on the way that the target has altered the Doppler signal. “This can include information on how fast the target is moving, or the strength of the Doppler return. This information can also be used for target classification and is combined with our patented algorithms to reduce background clutter and false alarms,” Long said.

The UK's Blighter Surveillance Systems has been contracted to provide at least 25 of its B402 target...

Israeli-owned Pap Tecnos has launched an appeal against Spain's decision to award the 30 mm turret c...

The Israeli and Slovak ministries of defence (MoDs) on 25 March announced the signature of a EUR148 ...
Request Consultation