Since assuming office on 20 January, US President Joe Biden has repeatedly underscored that the United States is returning to the forefront of multilateral diplomacy, reversing the global withdrawal under his predecessor, Donald Trump. Addressing the African Union Summit on 5 February, Biden promised to “rebuild partnerships around the world and re-engage” to confront destabilising issues ranging from the Covid-19 pandemic to the continent’s multiple conflicts.

One of Biden’s first acts in office was to sign an executive order overturning Trump’s visa restrictions on countries including Eritrea, Libya, Nigeria, Somalia, Sudan, and Tanzania. His administration also rejoined the Paris Climate Agreement and World Health Organization – both abandoned by Trump.

In a further departure from Trump – and also from former president Barack Obama’s administration (2009–16), when Biden was vice-president – the Biden administration is reviewing Washington’s unmanned aerial vehicle (UAV) strike operations, a military tactic that proliferated under both his predecessors and provoked controversy owing to persistent civilian casualties. This move feeds into a wider drive to enhance accountability and a strong rhetorical emphasis on human rights, exemplified also by Biden’s promise of a ‘Summit for Democracy.’

However, the administration has also signalled a broad desire for policy continuity through terminating large-scale US troop deployments in active conflict zones. Secretary of State Antony Blinken announced on 3 March that the “US will not promote democracy through costly military interventions or by attempting to overthrow authoritarian regimes by force”. 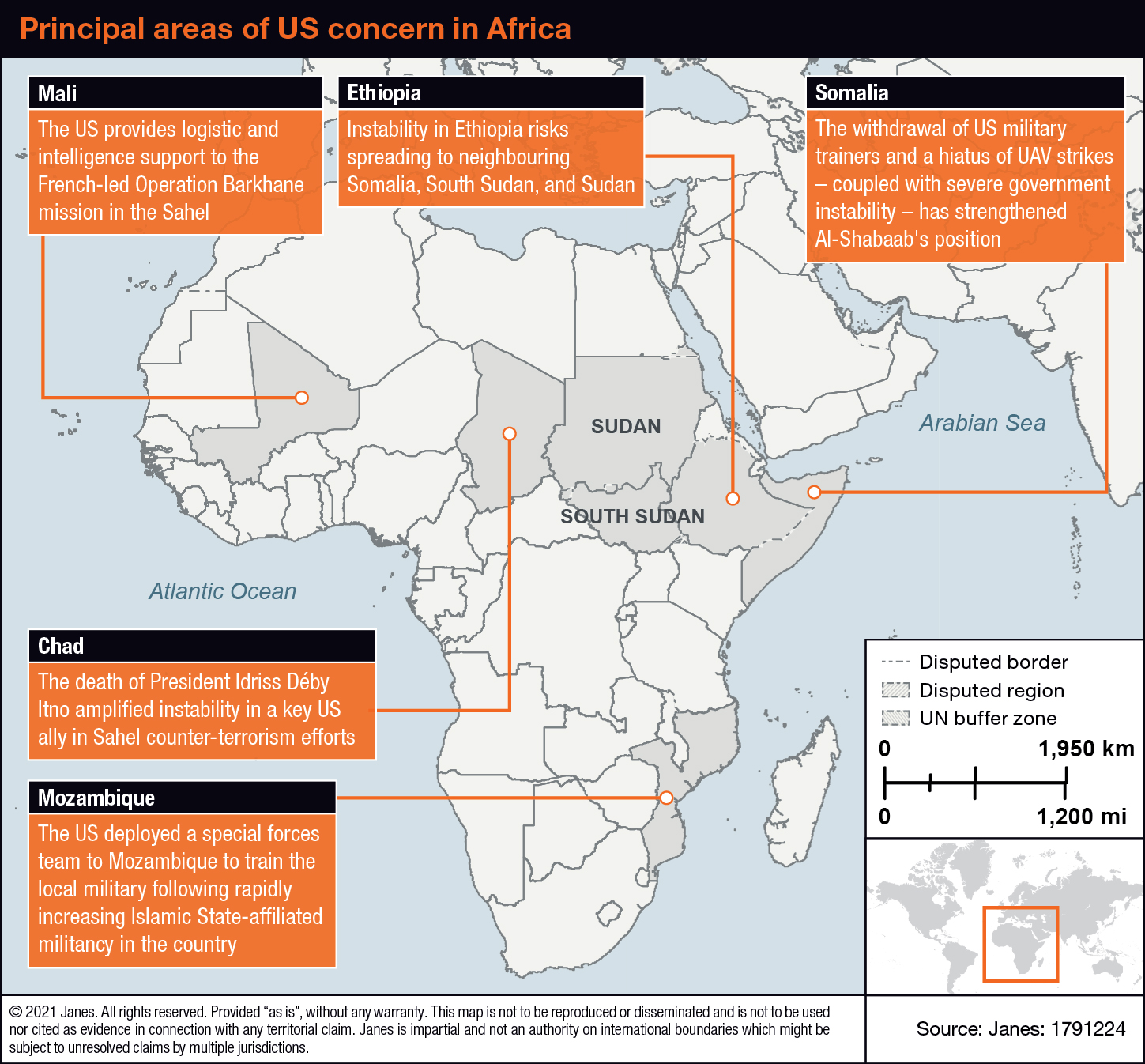