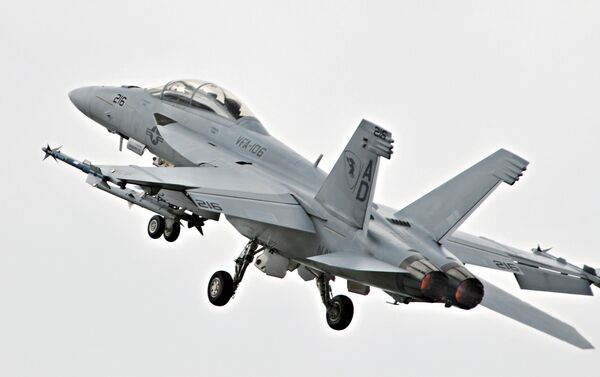 Germany is expected to acquire the Super Hornet (pictured) and the Growler to partially satisfy the Luftwaffe's Tornado replacement requirement. (Janes/Patrick Allen)

Germany is expected to issue a letter of request (LOR) to the US government in the coming weeks, as it seeks to procure the Boeing F/A-18E/F Super Hornet and EA-18G Growler aircraft.

Vice president, Boeing Defense, Space & Security Germany, Michael Hostetter, told Janes that the LOR that would move the intended sale forward is likely to be issued in January, shortly after the German government is next seated in early December.

“I would say that everything is continuing to move forward,” Hostetter said. “The selection decision was made by AKK [German Defence Minister Annegret Kramp-Karrenbauer] in 2019, and obviously there is a new government that is being formed right now. Between the United States government, the Bundeswehr, and Boeing, we are all now working together to drive the development of a letter of agreement, and I expect that to happen in the near term after the government is seated.”

With Kramp-Karrenbauer announcing the selection of the Super Hornet and Growler to partially satisfy its Panavia Tornado replacement requirement along with the Eurofighter, the German government formally approved the acquisition in April 2020. This approval was followed shortly after by a visit from the defence minister to Boeing's production facility in St Louis, Missouri, strengthening the impression that Germany was looking to proceed with the procurement.

Germany is expected to issue a letter of request (LOR) to the US government in the coming weeks, as ...